The transcendent new album from Ani DiFranco, Revolutionary Love marks the latest proof of one of her most powerful gifts as an artist: a rare ability to give voice to our deepest frustrations and tensions, on both a personal and political level. “My songs have always reflected an acute connection between my personal life and the life of my society,” says the trailblazing musician and activist. “As I started to come out of dealing with years of personal hardship, I saw that my entire country was struggling with the same problems: the same themes of how much damage we do to each other and how much pain we’re carrying, and the same question of how to keep going when we’re so broken.”

As her 22nd studio album in an iconic career—one that’s included winning a Grammy and countless other accolades, collaborating with legends like Prince, and breaking ground as one of the first artists to launch her own label, Righteous Babe Records—Revolutionary Love first began taking shape in the final weeks of winter 2020. After returning from a West Coast tour with a new batch of songs she’d written on the road, DiFranco laid down those tracks at her New Orleans home studio with bassist Todd Sickafoose and drummer Terence Higgins (her longtime touring bandmates), but then felt compelled to keep on writing. Before long, she’d amassed a body of work whose urgency felt undeniable. “I suddenly decided I need to push this record out by fall,” she recalls. “I felt very strongly that I needed to a horse to ride in trying to get out of the vote—to get people inspired and get them believing in democracy, believing in each other and in themselves.”

Seeking to breathe new life into the creative process, DiFranco next reached out to her friend Brad Cook, a Durham, North Carolina-based producer/multi-instrumentalist known for his work with artists like Bon Iver and Waxahatchee. The two had kept in touch after first crossing paths at the Eaux Claires Music & Arts Festival (an event co-founded by Bon Iver’s Justin Vernon, who appeared on DiFranco’s acclaimed 2017 album Binary), where she became enamored with one of Cook’s guitars. “Brad let me take the guitar home with me, and I ended up writing half this record on it,” says DiFranco. “I called him up and told him my situation and he said to me, ‘If you can get to North Carolina, then I’ll take care of everything else.’”

Produced by DiFranco and mainly recorded in two whirlwind days at Cook’s studio, Revolutionary Love more than justifies the mad dash behind its making. As her first studio effort since the release of No Walls and the Recurring Dream (DiFranco’s widely praised 2019 memoir), Revolutionary Love arrives as an instantly transportive selection of songs. Rooted in her poetic lyricism and ever-commanding vocal work, the album unfolds in an understated yet captivating alchemy of folk and soul and lushly textured jazz-pop. In sculpting that sound, DiFranco and Cook assembled an eclectic lineup of musicians, including percussionist Brevan Hampden (Hiss Golden Messenger, Milton Suggs) and horn/flute player Matt Douglas (The Mountain Goats, Josh Ritter), while Sickafoose later enlisted the Oregon-based Delgani String Quartet. With many of those performances captured in one or two takes, Revolutionary Love again reveals DiFranco’s tremendous gift for transforming confusion into clarity, pain into perseverance.

With its exploration of so many complex emotional states—forgiveness, shame, empathy, resilience—Revolutionary Love opens on its luminous title track, a profoundly resolute piece inspired by Sikh-American activist/filmmaker/lawyer/author Valarie Kaur. “A lot of the language in that song comes from Valarie’s book See No Stranger,” says DiFranco, who connected with Kaur after watching a talk she’d given in the aftermath of the 2016 presidential election. “It’s about bringing the energy of love and compassion into the center of social movements and making that the driving force, and about finding it within ourselves to stay curious to each other instead of shutting down. It’s something that speaks to the mission I’m on, and I’m trying to achieve it every moment I can.”

One of several songs DiFranco composed at Kaur’s request (“She approached me and asked, ‘Can you write some songs for me to use in my crusading?’” says DiFranco), “Revolutionary Love” wholly embodies the album’s defiant spirit of irrepressible hope. On lead single “Do or Die,” DiFranco channels that spirit into a slow-burning but anthemic call-to-arms, gracefully laced with falsetto vocals and finger-snapped beats. Centered on her incisive lyrics (“Cuz there’s foxes in the hen house/And bad news every day/And right there on Pennsylvania Avenue/The sheetless KKK”), “Do or Die” began as a poem DiFranco set to music on that early-2020 tour, then underwent a major shift during her sessions with Cook and drummer Yan Westerlund. “Brad suggested I slow it way down, to the point where it was at half-speed,” says DiFranco. “At first I thought, ‘This is the rallying cry of the record, and now all the energy’s gone. I fucked it up.’ But what I discovered was that very simple approach to the drums left me all the room in the world to dance around the pocket with my singing and guitar. It was incredibly liberating.”

Throughout Revolutionary Love, DiFranco hits a potent balance of determination and dreamy reflection, a dynamic that echoes one of the central lessons of Kaur’s teachings: “If we don’t push, we will die. If we don’t breathe, we will die.” “I wanted to have these moments where, after you acknowledge all the insanity and the strife, we step back and shake off that anxiety and fear,” DiFranco says. “We all need that quiet space to reconnect with ourselves and our hope.” And on “Simultaneously,” a softly spellbinding track lit up in lilting flute melodies, DiFranco speaks directly to the challenge in navigating the disconnect between a visionary inner life and a chaotic outside world (“I live in two different worlds simultaneously/The one where we are fractured/And the one where we are free”). “I look around and everything’s crashing and burning all around me,” says DiFranco, “but in my mind I can see an alternate reality playing out—one where we’re epically vulnerable and open, and we’re able to find compassion for one another.”

Elsewhere on Revolutionary Love, DiFranco brings her nuanced storytelling to far more intimate narratives, the impact of her personal revelation intensely magnified by the rawness of the recording process. “It’d been a long time since I sat in front of a microphone and recorded a whole record in a number of hours I could count on my hands,” she says. “For years I’d been trying to piece records together by hook or by crook, overdubbing different elements at different times, obsessing over all the details. This whole thing was made like it was 1968, with people playing on old-school instruments made of wood and metal, and it really brought out that immediacy of offering up a song to another human.”

In looking back on the making of Revolutionary Love, DiFranco recalls the daily texts she received from her friend and former tour manager Susan Alzner, who lives in Flagstaff, Arizona. “She’s an activist who really feels the weight of the world on her chest, and goes on walks every evening to very intentionally decompress,” says DiFranco. “The whole time I was making this record, she’d send me pictures of the sky from when she was out walking, and it always made me inhale more deeply.” So when it came time to choose artwork for Revolutionary Love, DiFranco landed on a series of photos from her friend’s nightly texts. “When people hear this record, I want them to get the same feeling I got from Susan’s sky pictures—that feeling of taking a minute to realize that the light is shining around us and through us,” she says. “I want them to feel that same sense of possibility, and to know that we can do this. We just have to stay open. We have to look up.” 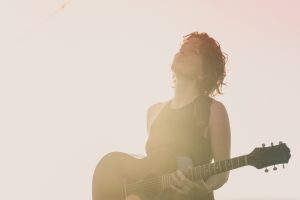 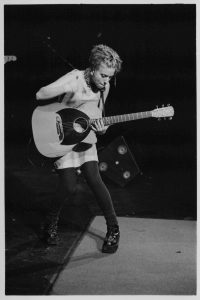 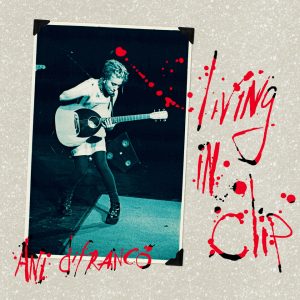 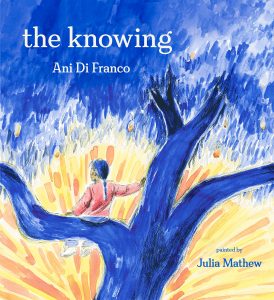 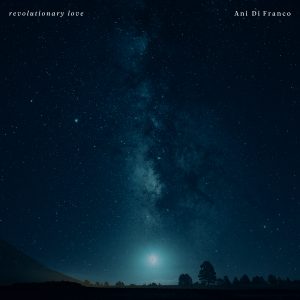 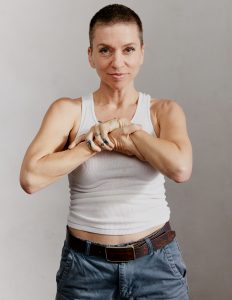 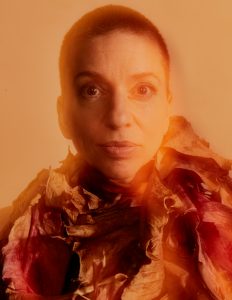 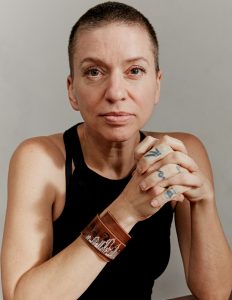 Rolling Stone Country “In My Room”

WNYC “All Of It” Episode