“I think I’m always trying to get closer and closer to the source, like the way old blues albums were made—there’s no production; all the emotion you’re hearing is just the players, the room, the song. It’s almost like a photograph as opposed to a painting, where if you don’t like the color of a certain flower in the garden, you change it. I want you to hear every word I’m saying and take in the song and make it your own.”

The fifth album from Bahamas, Sad Hunk takes its title from a nickname bestowed upon the artist by his wife in reaction to how he was being portrayed in the media, “Something like ten years ago I did a photo shoot, and in all the pictures they sent back I was lit half in shadow, looking all brooding and mysterious,” says the award-winning singer/songwriter otherwise known as Afie Jurvanen. “When my wife saw the photos the first thing she said was, ‘Whoa—sad hunk,’ and after that it became sort of a joke among our friends.”

It’s a fitting backstory for an album that embodies an undaunted self-awareness, each track graced with Bahamas’s wry wit and unabashed heart. In sketching Sad Hunk’s delicately composed batch of songs, Jurvanen drew much inspiration from his home life and all the joy and struggle that comes with building a family together. Having recently moved to the coast of Nova Scotia with his wife and two daughters (ages three and five), the Ontario native inevitably imbued the album with the sleepy idyll of his surroundings, even while committing to a sometimes-painful sincerity in his lyrics. “I definitely use music to work things out for myself,” says Jurvanen. “It’s possible I’m too open sometimes, but I really don’t know any better way to be. If I tried to just go write fun songs about hot dogs or something, I’d probably fail.”

2018’s Grammy-Nominated Earthtones saw Bahamas joining forces with bassist Pino Palladino and drummer James Gadson (the rhythm section behind D’Angelo’s Black Messiah), and even merging them with his stable of longtime heavyweight musicians on Kimmel. Jurvanen created Sad Hunk with those same collaborators – Christine Bougie (guitar), Don Kerr (drums), Mike O’Brien (bass), and Felicity Williams (vocals). Recorded by longtime producer and multi-Grammy nominee Robbie Lackritz (Feist, Jack Johnson, Robbie Robertson), Sad Hunk is the next step in Afie’ virtuosic signature style of restraint as a guitarist.  It also features the graceful guitar work of Sam Weber, a virtually unknown musician whom Jurvanen discovered on YouTube. “I sort of had a musical crush on Sam, so I invited him to open for us a few years ago and we ended up hitting it off,” says Jurvanen. “I asked him to come out and record with us without even knowing what I wanted him to play, which is generally how I like to work with people: I always think it’s so much more interesting when you let them find their way into the songs on their own.”

An album born from charmed spontaneity and raw imagination, Sad Hunk unfolds in a genre-less groove-heavy and jangly sound beautifully suited for Jurvanen’s warm vocal presence. In its musing on what’s essential and what’s expendable in today’s world, the album offers up songs like “Own Alone”—a brightly kinetic track threaded with a bit of self-effacing wisdom (“Too broke to feel so wealthy/Too young to feel unhealthy/Too old to understand the selfie/Too far gone for you to help me”). “That song came from being fascinated by how being on our phones all the time changes us at a cellular level—it changes the way you think, it changes the way you operate,” says Jurvanen. “I’m not suggesting we become Luddites and churn our own butter, but I do think we need to question whether you really need to have this thing on you at all times.”

Elsewhere on Sad Hunk, Bahamas slips into a tender examination of love and all its complexities. One of the album’s most revealing moments, “Less Than Love” finds Jurvanen owning up to his anxiety about the ways he might fall short of his family’s expectations (“Everything that’s left unsaid/All the books I bought and never read/Thank god she can’t see into my head/She’d see I know nothing”). Penned with co-writers Dee White and Pat McLaughlin (John Prine, Bonnie Raitt), the acoustic-guitar-driven “Half Your Love” shares a profoundly heartfelt outpouring of affection for his wife. “It’s the first time I’ve ever co-written a song, but I feel every line of it to the point of tears,” Jurvanen says. And on the album-closing “Wisdom of the World,” with its shapeshifting textures and unruly guitar solo, Bahamas presents a layered meditation on forgiveness and regret. “That one’s about my brother, who’s a recovering alcoholic and recovering addict and just got sober again a while ago,” says Jurvanen. “Writing it helped me to think about how to love people who are hard to love, which has been a recurring theme for me for a long time. Because no matter how you feel about someone, they still get to live their life. We all have to figure out a way to try and live together, even when it’s hard.”

For all its moments of heavy-hearted reflection, Sad Hunk ultimately channels a certain lightness, the pure elation in expressing what often goes unspoken. “You say things in songs that you’d never, ever say in conversation,” Jurvanen notes. “But it feels really good to say those things. I don’t know why telling people the most basic things you’re thinking is so hard sometimes, but it is.”In sharing the album with the world, Jurvanen hopes that his songs might inspire others to embrace their own sad-hunk tendencies. “We’re all sad hunks—we’re all these broken beautiful human beings,” he says. “The idea that there’s only one way to live life is so backward. So instead of listening to the noise, just get in touch with what’s inside and find something you love to do, and then do it well. And don’t let yourself be hard. Just be soft. Be as soft with each other as you possibly can.” 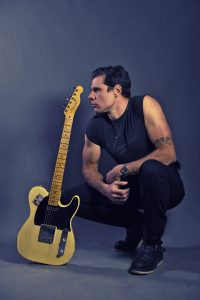 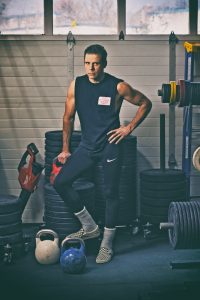 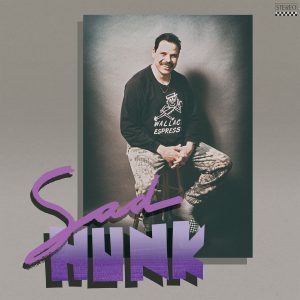 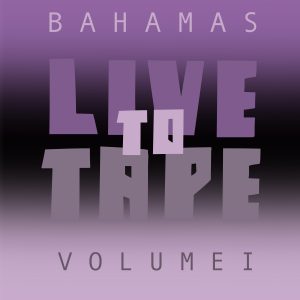 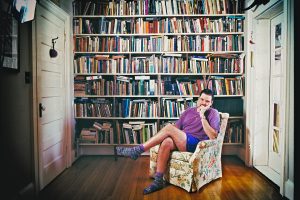 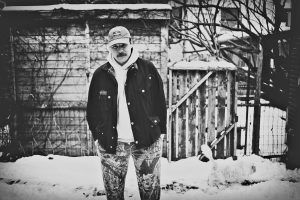 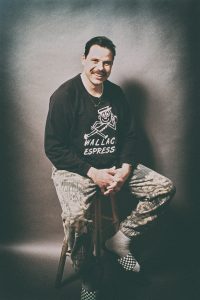 CBS Saturday Morning “Up With The Jones” Performance

CBS Saturday Morning “I Got You” Performance

WNYC’s All Of It with Alison Stewart

The Show on the Road Podcast Episode

Inside Out Podcast Episode