“This is the most personal music I have ever released. I tried to be honest (brutally at times) and not hide meaning or intent behind flowery language. This is a record about my life falling apart and then trying to pick up the pieces. Dooms Children is about falling out of love, about addiction and lying awake at night wondering if you’ve made all the wrong choices. This is a record about breaking the cycle of suffering and becoming unstuck with time, riding your motorcycle at night when the air is warm and no one else is on the road, chasing happiness, not knowing what comes next and trying to move on. This album was half written while I was messed up pre-rehab, the other half while I was in rehab. This is a record about all the people I’ve met along the way. This is a record about hope. This is me at my most vulnerable. It’s my hope that you see a little of yourself in these songs and that you can relate. Thanks for listening.” – Wade MacNeil

His latest, however, dubbed Dooms Children, is arguably the purest distillation of his artistry and identity to date, and frames a rather tumultuous, transformative, and ultimately transcendent few years of his life. You might call it rock, blues, psychedelic, or stoner. You could compare it to the Dead, the Allmans, even Skynyrd or QOTSA at times. But that falls short.

More aptly, Dooms Children sounds like thick smoke lazily falling from cherry red lips; like twisting the throttle towards a hazy sunset on a bare highway; the voice of someone you love sending you off into sweet, soothing slumber.

Central to the enveloping aural experience is its live-off-the-floor recording and organic production style. The effort was co-produced with the inimitable Daniel Romano, a prolific and acclaimed artist in his own right, with talented multi-instrumentalist Ian Romano, and Montreal guitarist Patrick Bennett rounding out the record’s musical contributors.

From the kaleidoscopic groove of “Trip with Me” to the rocking emotional reckoning of “Psyche Hospital Blues” to the bare-boned beauty of “Heavy Year,” the record digs into entirely new musical and emotional territory for MacNeil which, considering his resume, is saying a lot. Dooms Children also compellingly reimagines the Dead’s “Friend of the Devil” with a more sombre aesthetic. But it’s the swirling, slow burn of lead single “Flower Moon” that best represents the whole, with its intensely cathartic coda embodying the hope of renewal and rebirth that May’s full moon represents in cultures the world over. 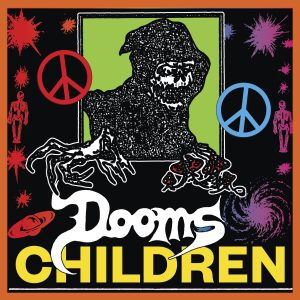 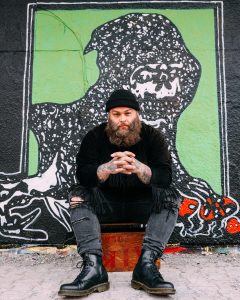 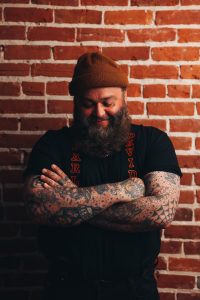