Timing matters. With or without you the train is departing; the second hand doesn’t really stop when you won’t wind your watch; inspiration strikes in an instant but its reckoning can take an eternity. In the world of music, the concept of time doesn’t just pertain to cues to come in or a 4/4 beat-it is also equally about patience and the space an artist must allow themselves to create. So for Christina Cone, the leader of the Nashville-based soulful indie-pop band Frances Cone, Late Riser, the title of her first album since 2013, is a nod to that notion, and her band’s growing achievements-over 12-million Spotify streams, an NPR Tiny Desk concert, well-attended tours, and critical attention-reflect her dedication to her craft.

“‘Late Riser’ is about giving yourself time to create, rest, and grow while also being frantically afraid of its speed,” Cone says. “We spent so much time on this record making each guitar sound exactly the way we wanted, and each lyric is very specific to us but vague enough for listeners to find themselves in it…we committed to being patient and allowing it to become what it should become without pressure. Meanwhile, we were writing a record that is thematically about the impermanence of time, fear of the future or lack thereof, and worry-and also great love-for the present. There’s a nice juxtaposition of those two things that sums Frances Cone up pretty nicely.”

Born in Charleston, South Carolina, to an opera singer turned Baptist preacher father and public-school music teacher mother, Cone grew up training classically on piano and in singing. The Cone family is full of artists, including her 95-year-old grandmother who studied the organ at Juilliard in the 1930s, and Christina’s brother, Stephen, a successful filmmaker whose most recent movie landed on many of 2017’s best-of lists. Making the decision to commit her life to music, Cone moved to Brooklyn after college and started Frances Cone-named for her father and great-grandfather, both born decades apart on the same day, September 11-as a solo project in 2012.

Cone wrote the songs for her debut album, 2013’s Come Back, by herself and recorded them with the assistance of engineer and producer Dan Molad, whom she had seen drumming with the indie band Lucius at a show in New York City. She fully intended to helm Frances Cone alone while performing with an auditioned band, and that plan seemed to be working-until she met drummer-turned-bassist Andrew Doherty on 12/12/12 and eventually came to the realization nearly a year later that he held a bit more of her attention than she had initially understood.

“When Andy joined the band, it felt like I finally had found my partner-in several ways,” Cone says. “It felt so nice to have a creative match. And soon it morphed into this partnership, both professionally and romantically-an overwhelming love.” Cone and Doherty began dating, and simultaneously started a shared creative experience that today forms the core of Frances Cone’s artistic process.

“As cliche as it can be, timing is important to every aspect of Frances Cone, even down to the moment we met in that really specific window of time,” Doherty says. “If I’d met Christina any earlier, I don’t think we would have clicked in the same way.”

While Doherty’s influence is solidly in production with the occasional dip into songwriting (“From the very beginning, Andy could translate the noise in my head,” Cone says), the band’s songs remain almost exclusively the work of Cone. Drawing inspiration from Chopin and the classical and gospel music of her youth, to her modern heroes Rufus Wainwright, Patti Griffin, and Justin Vernon as well as the “smart, emotional pop” of her friends in Lucius, Cone likens her method of songwriting to a patient, intuitive experience rather than a continuous drive.

“I never sit down and say, ‘I want to write a song about this today,’ which I’ve learned is something many people do,” she says. “I see the really clear intentions a lot of people go into making music with, but I don’t share that. Every song is a journey I go through, and when I get to the end I usually realize what the song is about.”

Cone and Doherty spent three years recording songs for a new album, including the single “Arizona”, the powerful, sweeping tune Cone had written about her reaction to her brother’s coming out of the closet. The song caught the ear of NPR Music, who eventually invited the band to perform a prestigious NPR Tiny Desk concert. Cone and Doherty then decided to move from Brooklyn to Nashville in August 2017 to finish the album, working with Josh Kaler and, again, Dan Molad, to record five new songs to pair with the existing five.

Late Riser‘s opening track, “Wide Awake,” has a patient, deliberate beat and ethereal, ambient hum that calls to mind Solange-meets-Bon Iver, with Cone’s twinned vocals peaking in a lamenting pang during the chorus. “All of these songs are about internal struggle,” Cone explains, “and ‘Wide Awake’ and its chorus (“You called me, you called me a fool”) can sound so romance/love song-y, but really it’s about the pinball machine of my own brain. It’s a coming-of-age story about figuring out how to accept your own failures and thoughts, and the way you perceive expectation and time. The idea is to work these things out via music and then let it go so it can be for other people, which I think is the point of it all.”

Next is “Failure,” an upbeat love song to the shortcomings enveloping us all that highlights Cone’s vocal abilities as well as the band’s knack for harmony. The song “Late Riser” is one Cone wrote years ago while on New York City transit. “I wrote it on the way to my piano student’s house in Cobble Hill,” she says. “Most of it was on the subway in my head and then I got out and sang it to myself on a sidewalk.”

“Easy Love” is a slow-burning, haunted tune with Cone’s sparse strumming dancing over her lilting, gorgeous vocals, and “All Along” ends the record on a somber yet warm note. Its strings and distorted choir of voices whisper together in trancelike repetition, building to a crescendo before making way for one final, beautiful, naked line from Cone: “And I have loved you all along.” The song is about Cone’s mother and mimics bits of the melody from “Arizona” in an intentional homage, thus tying together the familial emotion in a swelling tide. “Throughout the whole album, we’re sorting through the very complicated relationships of family, and I like revisiting that overwhelming feeling of being loved and accepting love by having the instruments overwhelm my voice,” Cone says.

It’s a powerful sentiment delivered in a real and raw way, and just one of numerous moments on Late Riser that highlights the thoughtful intent paired with spontaneous emotion that has become Frances Cone’s calling card. These songs are the result of years of hard work and also a little fortune, sure to soar due to the space they were given to grow.

“‘Late Riser’ as a title feels correct for us, speaking literally and broadly,” Cone says. “Nothing happens overnight. This album is the result of renewal and growth, of late nights and mornings-a steady incline, a gradual rise.” 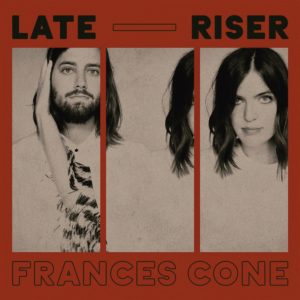 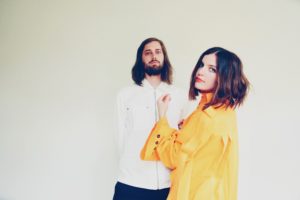 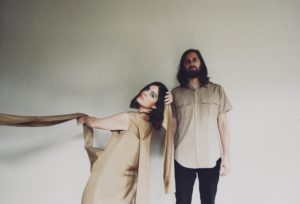 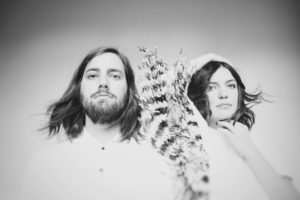 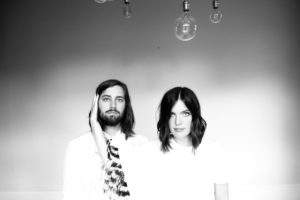