Eric D. Johnson rarely lingers at one location too long.

“There’s always been motion in my life between one place and another,” says the Fruit Bats songwriter.

As a kid growing up in the Midwest, Johnson’s family moved around a lot, but it wasn’t until he became a touring musician years later that motion became a central part of his identity. That transient lifestyle stoked an enduring reverence for the world he watched pass by through a van window.

“It weighs heavily on me—the notion of place,” Johnson says. “The places I’ve been and the places I want to go.”

A sense of place is a unifying theme he’s revisited with Fruit Bats throughout its many lives. From the project’s origins in the late ’90s as a vehicle for Johnson’s lo-fi tinkering to the more sonically ambitious work of recent years, Fruit Bats has often showcased love songs where people and locations meld into one. It’s a loose song structure that navigates what he calls “the geography of the heart.”

“The songs exist in a world that you can sort of travel from one to another,” says Johnson. “There are roads and rivers between these songs.”

Those pathways extend straight through the newest Fruit Bats album, aptly titled A River Running to Your Heart. Self-produced by Johnson—a first for Fruit Bats—with Jeremy Harris at Panoramic House just north of San Francisco, it’s Fruit Bats’ tenth full-length release. The album finds the project in the middle of a people-powered climb leading to the biggest shows, loudest accolades, and most enthusiastic new fans in Fruit Bats history! It’s hard to pinpoint a single reason for this mid-career resurgence. But after two decades of making music, hard-earned emotional maturity has clearly seeped into Johnson’s already inviting songs, resulting in a sound that’s connected with audiences like no other previous version of the band.

A River Running to Your Heart represents the fullest realization of Johnson’s creative vision to date. It’s a sonically diverse effort that largely explores the importance of what it means to be home, both physically and spiritually. And while that might seem like a peculiar focus for an artist who’s constantly in motion, for Fruit Bats, home can take many forms—from the obvious to the obscure.

Lead single “Rushin’ River Valley” is a self-propelled love song written about Johnson’s wife that clings to the borrowed imagery of the place where she grew up in northern California. Then, there’s the gentle and unfussy acoustic ballad “We Used to Live Here,” which looks back to a time of youthful promise and cheap rent. But the wistful “It All Comes Back” is perhaps the most stunning and surprising track on the album, Johnson’s production skills on full display. Built upon intricate layers of synths, keyboards, and guitars, it’s a pitch-perfect blend of tone and lyricism that taps into our shared apprehensions and hopes for a post-pandemic life.

“We lost some time / But we can make it back / Let’s take it easy on ourselves, okay?” sings a world-weary but ultimately reassuring Johnson in the song’s opening lines. It’s the kind of performance that makes you hope Fruit Bats stays in this one place, at least for a little while longer. 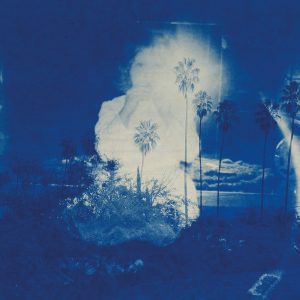 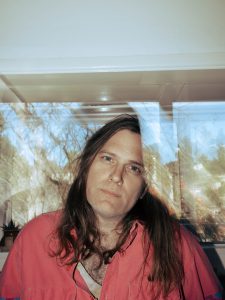 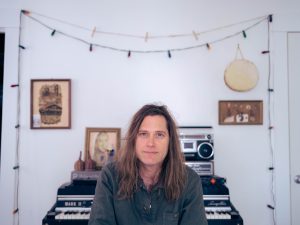 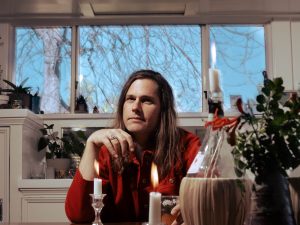