A lot of life can happen over the course of one record. Lyrics immortalize those characters, exploits, and memories. On his 2020 Asterisk The Universe, John Craigie awkwardly encounters previous flames, mistakes a Catholic School custodian as a saint (and prays to him anyway), pays tribute to modern-day revolutionaries, and explores what it all means to live in the 21st century where infinite possibility does not necessarily equate infinite understanding. He soundtracks these stories with a score of smoked-out soul, tender folk, and American songbook eloquence billowing right from the heart of California. Progressing once more, the interplay of live drums and bass hold the music in the pocket as it simultaneously emanates an acoustic campfire glow.

With these ten tunes, his journey unfolds in between organic instrumentation and lyrical observation. “As with any album, I want the lyrics to be heard, first and foremost,” he exclaims. “This is pretty similar to other versions of who I’ve been and who I am. It’s just one with a fresh batch of songs I’ll add to my setlist and new stories to tell from the road.”

Those stories from the road have endeared Craigie to the devoted fans he has earned, song by song, show by show since 2009. A Craigie performance is not just a music show, it’s a collective experience. Craigie shines by telling candid stories, humorous anecdotes, and leaving everything on the stage. Fiercely independent, Craigie prolifically unveiled one highly personal album after another while logging enough miles on the road to give The Grateful Dead a run for their money. Venues got bigger and bigger as audiences clamored for more.  Capturing that electric feeling on 2016’s Capricorn In Retrograde… Just Kidding… Live in Portland, Craigie wound up on Jack Johnson’s car stereo on a road trip up the coast. Thoroughly impressed by what he heard, Johnson took Craigie on tour during the summer of 2017.

2017 would be a watershed year for Craigie. From No Rain, No Rose, “I Am California ” [feat. Gregory Alan Isakov] eclipsed 4.5 million Spotify streams followed by “Highway Blood” [feat. Shook Twins, Gregory Alan Isakov] with 3.5 million Spotify streams. Additionally, he performed everywhere from High Sierra Music Festival, Strawberry Music Festival, and Kate Wolf Music Festival to Burning Man and Summer Camp Festival. He attracted the admiration of not-so secret admires a la Chuck Norris, while earning acclaim from No Depression, SF Weekly, AXS, Seattle Times The Portland Tribune, and The Stranger who christened him, “the lovechild of John Prine and Mitch Hedberg.” 2018’s Scarecrow was originally plotted as a “vinyl only” release, but the diehard fanbase wasn’t having it. An onslaught of emails and social media messages demanded Craigie shared the music online. It appeared on DSPs shortly thereafter.

Following the tour in support of No Rain, No Rose, Craigie dug into a different well of inspiration.

“I’d been listening to a lot more hip-hop and soul on the trip, and I found myself writing songs that had very simple chord structures and repetitive rhythms,” he recalls. “In a lot of those tunes, you hear old samples from Bill Withers, Al Green, and Nina Simone. I knew those artists’ talents were far beyond my own, but they still influenced the structure of what I was doing. I even thought about doing a sample-based album, yet I knew live was going to the best. I wanted to record in a similar way to No Rain, No Rose in a room with all of my friends.”

This time, the room would be in the Bodega, CA—home of The Rainbow Girls. Opening up the creative ecosystem, he welcomed a bunch of buddies: Matt Goff [drums, Marty O’Reilly], Ben Berry [bass, Old Soul Orchestra], Jamie Coffis [keys, The Coffis Brothers], Lorenzo Loera [organ, The California Honeydrops], Niko Daoussis [guitar, The Shook Twins], and, of course, The Rainbow Girls—into the fold.

“Their house is an old cabin built on a few acres out in the Northern California coastal fields,” he says. “We were all able to sequester ourselves there and get really absorbed into the process. Sessions would start in the late afternoon and go until about two or three in the morning. We’d all eat together and breathe the songs. The album is strongly influenced by California and California musicians. My roots are always coastal California. It was great to be so close to the ocean when recording and surrounded by local talent. We ate California food, drank California wine, and smoked California weed.”

A rumbling bass growls at the beginning of the first single “Part Wolf” as Craigie slips into soulful rasp with a confession, “I got that America meanness,” over swells of organ and simmering cymbals. Laughter in the cabin gives way to the delicate nostalgia of “Nomads.” Rustling acoustic guitar, warm piano, and harmonica wails ebb and flow under a prayer, “Oh Christopher, please bless these nomads.”

“It’s a standard tribute to all of my traveling friends and musicians who have the same lifestyle as I do,” he continues. “The chorus comes from my Catholic school days. I remember learning how Saint Christopher was the patron saint of travelers. We were to pray to him before going on any big trips. My family went on a weekend trip to San Diego, and I prayed to Christopher. Being young and not very smart, I assumed the teacher referred to people living in our community,” he laughs. “Amongst the workers at our school, there was a trash collector named Christopher who emptied the trash cans. So, I prayed to him. The trip was a success, and we all made it home safely. When I learned about my ignorance, I still found myself praying to the old janitor.”

With a powerhouse vocal performance, “Climb Up” delivers an homage to “activists like Alexandria Ocasio-Cortez and Greta Thunberg who have known the best way to make change is to involve oneself in the system and literally ‘climb up’ the ranks until it’s possible to make changes yourself.” Then, there’s “Don’t Ask.” His sardonic sense of humor shines through as he details “how awkward and funny chance run-ins with exes can be.” The Rainbow Girls lend their wistful harmonies to “Used It All Up,” taking center stage and covering Craigie with “an old-time sound.”

To accompany each respective single release prior to the rollout, Craigie cut his own takes on a handful of personal favorites. These span everything from Flaming Lips’ “Ego Tripping at the Gates of Hell” and Blaze Foley’s “Oval Room” to Nina Simone’s “To Love Somebody.”

He adds, “I knew Asterisk the Universe was going to be a single LP, but I wanted to capture the magic again of the late-night covers we were doing.  So, I thought it might be cool to release a B-side for each single to make them special like my heroes used to in the past.”

In the end, Craigie’s story unfolds like never before on Asterisk The Universe.

“I think the songs have a pleasant flow to them,” he leaves off. “I hope it brings them back for future listens.” 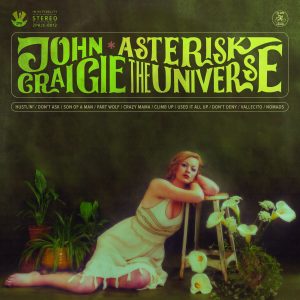 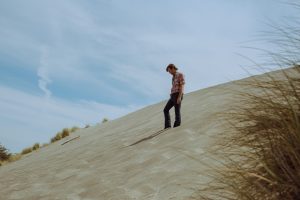 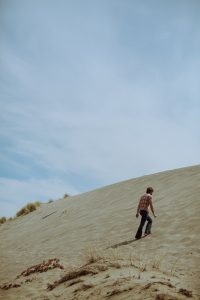 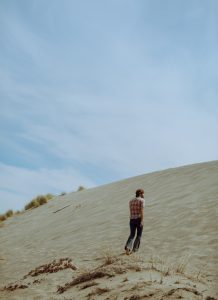 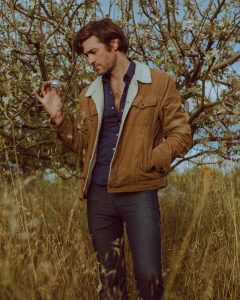 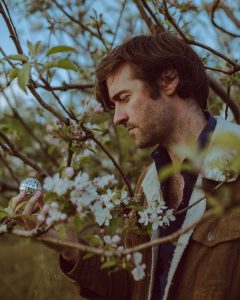 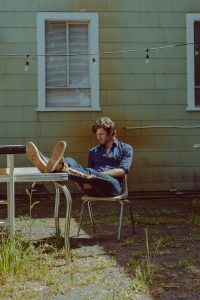 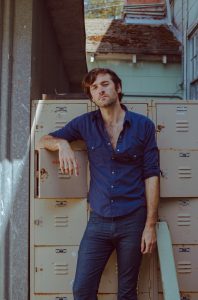 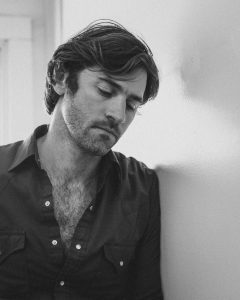