It’s been 20 years since I Am Shelby Lynne, the album which earned her a Best New Artist Grammy nod.  This time, Shelby Lynne, her debut Thirty Tigers release, removes the “I Am” and gets direct to the heart of the singer-songwriter-instrumentalist who gives it her name. This is an album of mostly solo, spare but emotionally rich, original torch songs done the only way this idiosyncratic artist knows how – at once tortured and vulnerable, with intimate feelings laid bare, but ultimately offering hope that there’s a light in the darkness.  Recalling her 2008 Dusty Springfield tribute, Just a Little Lovin’, recorded with the late Grammy-winning producer Phil Ramone at the same Capitol Studios where the new album was mixed, the soulful Shelby Lynne is her most personal, autobiographical statement yet on the dual, push-pull nature of love: at once close enough to touch, but also a frustrating tease that can both seduce and abandon.

The album itself proceeded from a collaboration between Lynne and lyricist/director /screenwriter Cynthia Mort that morphed into an unreleased, full-length feature film, When We Kill the Creators, featuring live recordings made right on the set of the production, which explains their raw immediacy.  Starring Lynne representing not just her alter ego, but all “endangered” musicians and artists, the movie makes a strong case for the ever-going conflict between art and commerce, and how dangerous it can be to muzzle creativity for the corporate buck. Songs like the opening, ominous “Strange Things” (with lyrics by Mort), the aching “Revolving Broken Heart” and the climactic self-declaration “Here I Am” (another collaboration with Mort) – all recorded live during filming – take on a narrative arc that exists on its own.

“It’s really a new Shelby Lynne album,” she explains about this set of songs, her first solo release since 2015. Her collaboration with Cynthia Mort is the first time she’s done something like this since working with Ron Sexsmith on several songs for her previous disc, I Can’t Imagine. “When we met, I wanted to go someplace else with my writing, get out of my own head.  She came along and I just loved her words, her landscape, her mind, the visions I got. I found songs and stories in her lyrics. They drove me to different musical places. It’s been a fun journey.”

The Detroit-born Mort, a lifelong music fan best known for creating and producing the HBO series Tell Me You Love Me, wrote the original screenplay for the film and the lyrics for “Here I Am” before she ever met Shelby.

“It was a little intimidating collaborating with someone like Shelby,” she says, the character based on tragic singers like Judy Garland and Billie Holiday in mind. “The songs took on a life of their own outside the film. What she did creating such powerful melodies for those words was incredible. I enjoyed telling a story that way. We had a similar belief in what matters.”

While Shelby Lynne boasts several other musicians, including keyboardists Benmont Tench, Mimi Friedman, Ed Roth and Billy Mitchell. for the most part the album’s namesake does it all, playing guitar, keyboards, bass, drums and even sax on the smoky, nourish “My Mind’s Riot” (“I hadn’t played that since I was a ninth-grader,” she notes).

There’s a sense of doom which hangs over Shelby Lynne, a hope that things can get better for artists in this crazy world, rather than worse.  In the film, she reprises her 2004 duet, “Can’t Go Back Home,” with longtime friend Tony Joe White, who appears as an “Angel for singers” before passing away in October. 2018.

“He was like family to me. It’s pretty heavy if you think about it,” says Shelby. “To me, he’s a major part of the reason this whole project happened. Things just happened, man, and thank God they do.  That’s the way I like life to be, and art, too. It’s not art if you have to think about it too long.  How do you explain art?”

Shelby Lynne is “pretty much just me, a guitar and a microphone,” she jokes, but there’s an incredible power in that simplicity. “As an artist, I don’t mind being naked. Everything is so fake, so manufactured these days, I want to get real.  It’s pretty much the only way to communicate these days.”

Listen to the subtext of the album, and you can hear Shelby Lynne gradually giving in to love. “You move and go through it,” she says. “Love is the only thing in the world you can’t control aside from the weather.”

She insists, “These are eleven songs I love and want to share with the world. They were recorded in very different circumstances at various times, but I think they go together. It’s time not to hide behind the game but put your work out as it is.”

Shelby is more than ready to hit the road, so don’t expect anything less than the authenticity and integrity for her art she’s shown in what is now a three-decade-plus career.

“I just stopped bleaching my hair after 30 years,” she laughs. “I want to present myself as who I am.”

Shelby Lynne offers a glimpse at an artist fully exposed, at the peak of her powers, with nothing standing in the way, a direct line to the heart. 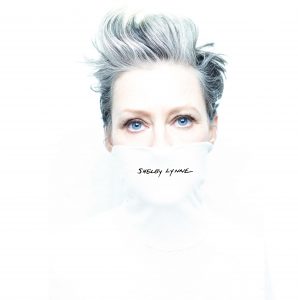 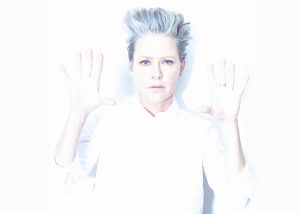 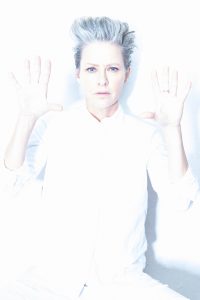 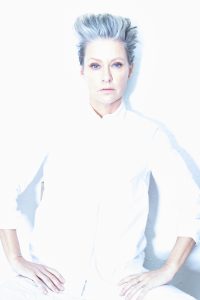 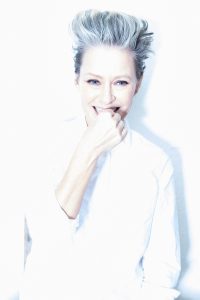