Turnpike Troubadours
A Long Way from Your Heart

Roughly 3,300 people live in Okemah, Oklahoma, a town with vintage redbrick storefronts, a dive bar called the Rocky Road Tavern, a name that means “things up high” in Kickapoo, and a strange track record of birthing great American songwriters: Woody Guthrie is from Okemah. Grammy-nominee John Fullbright is, too. Evan Felker belongs on that list.

“I was born in Okemah but was raised in Wright City, a town in southeastern Oklahoma,” Felker says. “Now I live in Okemah again. The characters I write about are living in that world I grew up in––a bucolic, dirt-underneath-your-fingernails sort of world. People where I grew up are tough. It’s nice to be able to represent them in art.”

Felker is the frontman, cofounder, and primary songwriter for Turnpike Troubadours, a virtuosic band of country-rock road dogs who, on any given night of the week, will play for a much bigger crowd than the populations of Okemah and Wright City combined. Singer/guitarist Felker, fiddler Kyle Nix, steel and electric guitarist Ryan Engleman, bassist RC Edwards, drummer Gabe Pearson, and steel and accordion player Hank Early deliver punch after punch of smart rock-and-roll that sells out huge venues throughout the Midwest and South and packs legendary haunts like the Troubadour in Los Angeles.

With their highly anticipated fourth album A Long Way from Your Heart, the sextet is poised for even bigger breakthroughs. Narratives put to music are nothing new, but Felker and his bandmates have upped the ante, creating a web of unforgettable characters that show up on album after album in songs that are both catchy and musically complex: men and women with their backs against their wall, represented realistically but also imbued with dignity. “It feels like going home to see that those characters are still alive in a way that movies and literary writers have always done,” Felker says of the recurring favorites. “It feels good. There they are, all based on people that I know and love. They’re composite characters based on real people.”

A Long Way from Your Heart was produced by Grammy winner Ryan Hewitt (The Avett Brothers, Flogging Molly, Red Hot Chili Peppers). The result is a rare triumph––an album that hooks immediately but then rewards listeners willing to dig deeper. “I love what we as a band have turned into and how we treat songs,” Felker says. “That’s something we’ve grown into––adding some sort of oddly theatrical element to the musicianship to help the story along, to sum up where or who the character is to give him a little bit of landscape. It’s not just an acoustic guitar and a guy telling you what somebody’s doing.”

The band’s impressive musicianship is multifaceted: fun with time signatures via lapses into double or half time; clean, abrupt stops; stealthy fingerpicking; unassailable grooves. Felker’s warm vocals invite both closer listening and dancing––a tricky mix that he exudes naturally. Unconventional mash-ups work for Felker, who shrugs off attempts to label what he does. “I find art in a lot of places,” he says. “I find things that aren’t considered art in a lot of people’s views of the world artful.”

A Long Way from Your Heart kicks off with a fine example of art in the unexpected. Based on the experience of folks Felker knew back home, “The Housefire” captures the devastation and hope that follows losing just about everything. Cushioned by Irish-inspired strings, the narrator’s gentleness as he loses all he’s built stands tallest. Rolling singalong “Something to Hold On To” begs for one last chance, while the sweetly sad “Old Time Feeling (Like Before)”––which Felker co-wrote with Edwards and friend Jonny Burke––fights falling back into old patterns over a lush chorus of strings led by winsome dobro.

Album standout “Pay No Rent” is an ode to Felker’s aunt Lou, who lived and owned a beloved local bar in Okemah, the Rocky Road Tavern. “She was about the only person I could go drinking with at 10 a.m. on a Tuesday,” Felker says, then laughs. “We got to be really good friends. We’d hang out a lot, fish together, cook together, drink tequila, and build a big-ass fire at her place out on Buckeye Creek. She loved that song ‘Blue Eyes Crying in the Rain.’ She said, ‘If I ever die––I hope I never do, but if I do––you gotta play ‘Blue Eyes Crying in the Rain’ at my funeral.’” Lou passed away last year, and when Felker got the news, he called good friend John Fullbright, and the two got to work learning the song. Then, the day before the funeral, the two realized Lou had asked about five other people to sing “Blue Eyes,” too. “So between noon and three in the morning, we wrote ‘Pay No Rent’ for her instead and played that,” Felker explains, laughing again. Based on an old Irish saying, the song is a gorgeous tribute.

Felker’s favorite album track, “Unrung” is a winning amble through warnings, praise, and a tinge of jealousy, all written about a good friend. “A Tornado Warning”––Felker’s other favorite––is a love song brimming with detail. Frenetic story song “The Winding Star Mountain Blues” traces the strained friendship between a stand-up guy and his wayward childhood friend to immortalize a different kind of heartbreak. Electric shuffler “The Hard Way” is a wry send-up of trying to relive youth when it’s a little too late.

Featuring nimble piano and Haggard-worthy jazz guitar licks, album closer “Sunday Morning Paper” is a nugget of hero-worshipping wit. Felker was inspired to write the song by his uncle, Ervin Felker. “He gave me my first guitar. He played in bands and was a Marine––he’s the guy from ‘Blue Star,’” Felker says, referencing a track from the band’s 2012 release Goodbye Normal Street. Felker took the first line from one of his uncle’s songs then penned the rest to create a celebration of the giants of 70s country-rock––the elder Felker included.

The album’s sharply drawn characters and the range of challenges they face creates a tapestry that’s compelling and ultimately, inspiring. “This whole record is about resilience in the face of tragedy––tragedies of different sizes,” Felker says. “Just getting your nose down and dealing with it.”

A Long Way From Your Heart Press Highlights 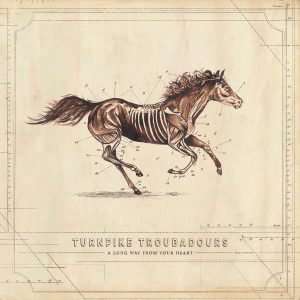 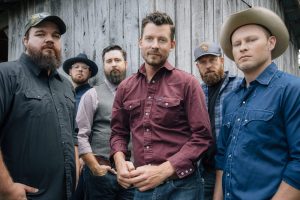 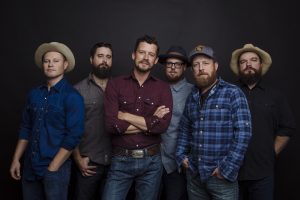 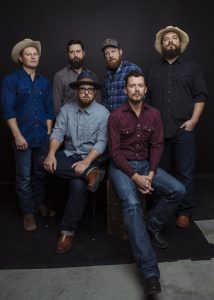 American Songwriter: Writer Of The Week