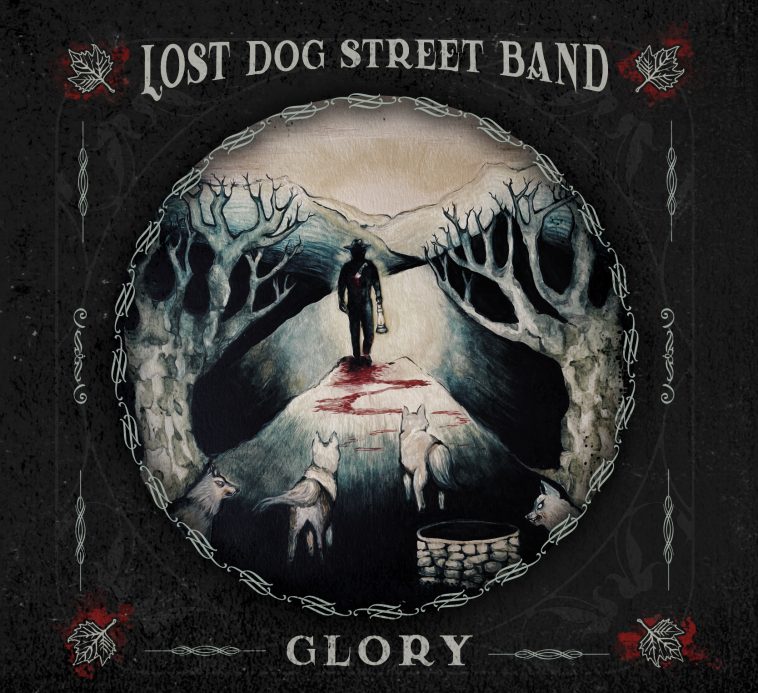 Celebrated dark country band Lost Dog Street Band announces the release of their upcoming album Glory (out January 21st on Anti-Corp Music), and a 30+ date tour in support (full list of dates below). The Nashville-based group chose to forgo the drums and pedal steel of their earlier work and return to the raw, stripped-down sound of their years traversing the highways and railways coast to coast, while busking to get by. The album’s opening track “Until I Recoup (Glory I)” has just been released and sets the tone right away. Listen HERE.

Redemption is a recurring theme running throughout Glory, along with recovery, reflection, resolve and the quest for truth and authenticity at a time when deception and misinformation are omnipresent. The songs draw from the personal experiences of lead vocalist/songwriter Benjamin Tod who, along with life partner/violinist/vocalist Ashley Mae and bassist Jeff Loops, have created an album that challenges us to take a long deep look inside to find real truth and what is truly important.

Tod opens himself up throughout the 10 tracks and shares life lessons learned the hard way. “Fighting Like Hell To Be Free” address the struggles of living as an addict, while “Losing Again” speaks to failures while trying to remain clean. “What Keeps Me Up Now” uncovers the trials of living inside your own head. “End With You” is a heartfelt proclamation of love while finally acknowledging where you were wrong. The album closes with the beautiful Appalachian folk-influence of “I Believe (Glory II)”, a song of hope and resilience where love is the inspiration that offers the strength to go forward despite the unknown.

Much like the punk music and scene they were immersed in during their youth, Lost Dog Street Band has lived by their DIY ethos for the better part of the last decade. They  build everything from the ground up and maintain a true, blue collar work ethic. Their music has always reflected exactly who they are and what they stand for, without compromise. Glory is a testament to that honesty and integrity with music that exudes emotion within an intimate and revealing framework.