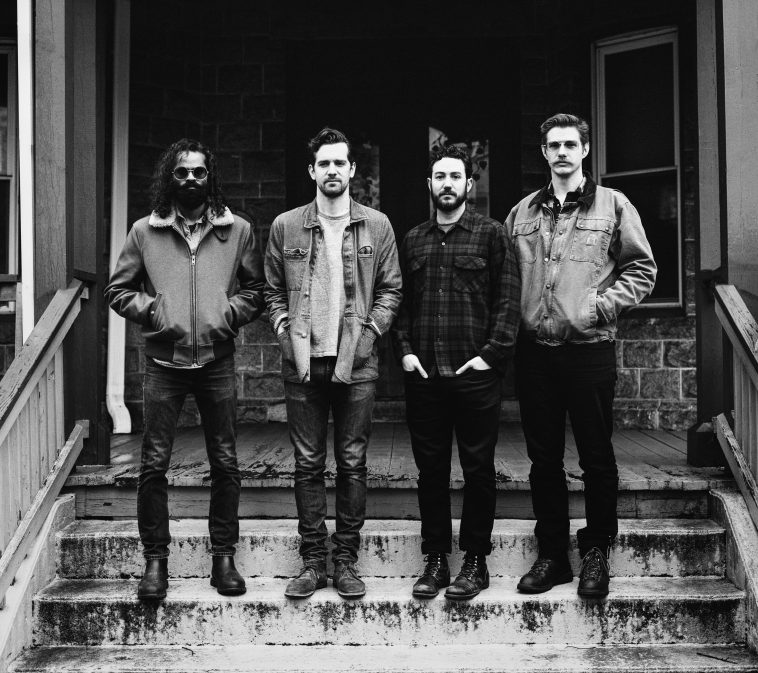 After being separated during the recording of their new release Fish Pond Fish, acclaimed indie-folk group Darlingside will reconnect in person for the first time to perform for fans. On October 1 at 8:00pm ET, the band offer their first livestream show entitled ‘Fish Pond Fish Live Stream Live!’ from Boston’s Dimension Sound Studios (where they recorded previous albums Birds Say and Extralife). For more information and to purchase tickets, go HERE. Tickets are valid for the 8pm ET show as well as a replay within 48 hours of the show.  Fish Pond Fish is set for release on October 9, 2020. Pre-order HERE.

Fish Pond Fish is the follow-up to the band’s critically acclaimed 2018 release Extralife, which garnered praise from NPR Music, The Wall Street Journal and many more. On Fish Pond Fish, band members Dave Senft (vocals, bass), Don Mitchell (vocals, guitar, banjo), Auyon Mukharji (vocals, violin, mandolin), and Harris Paseltiner (vocals, cello, guitar) follow the collaborative process they have employed since forming in 2010. Group songwriting exercises led to lyrically-driven ideas, which grew into something far beyond what any one band member could foresee. Each bandmember was pushed to a new place in every level of songwriting.

Darlingside has long been praised for their harmonies and intelligent songwriting, described by NPR as “exquisitely-arranged, literary-minded, baroque folk-pop,” and which The New Yorker compared to David Crosby and The Byrds. Paired with their sharp wit and wordplay, Darlingside has become a live-performance favorite, and their songs are treasures for literary and lyric-loving fans. Fish Pond Fish expands on the band’s broad storytelling prowess, adding more layers and strokes onto an already dense palette.