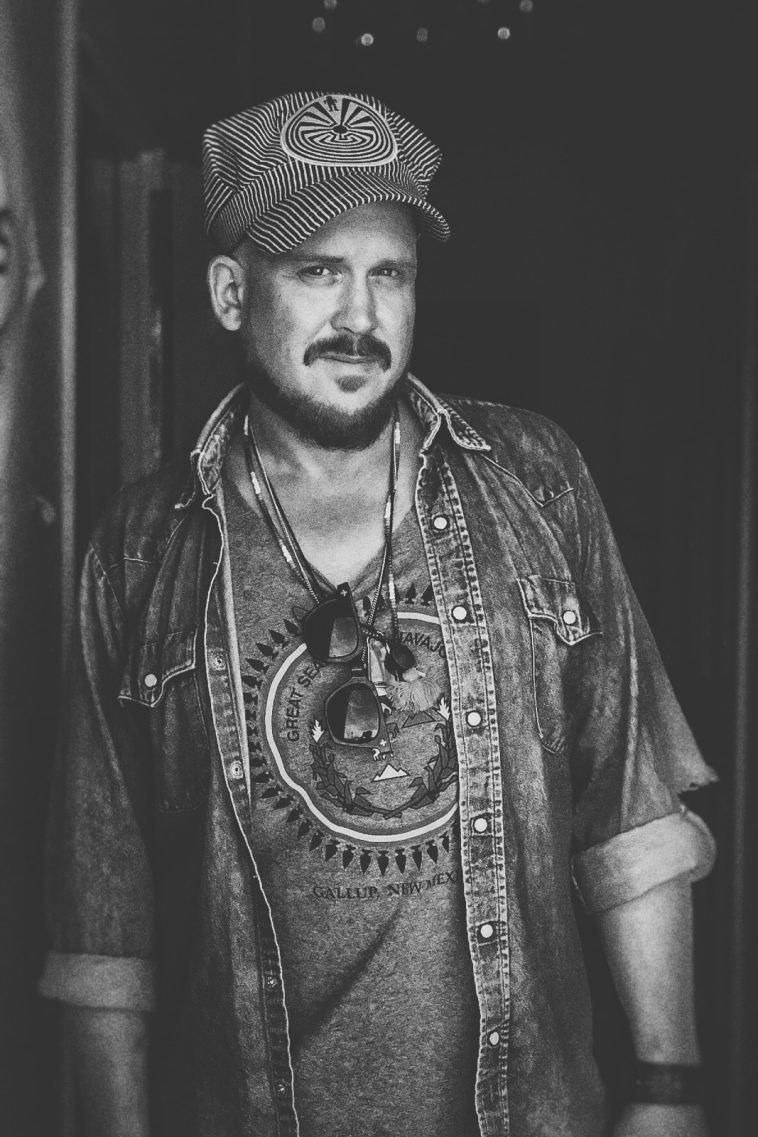 “…’Room Enough, Time Enough’ is a moving collection of songs that manages to amplify the edifying traditions of American and Native folk without sacrificing originality or innovation.” – No Depression

“The Ghost Dance was a spiritual movement in the 1860’s throughout the tribes of the Great Plains and the southwest, a revival in response to the high crimes of genocide, land theft, trampling of religious rights, the bald-faced sins of the American government in our country’s early history.  To step into that feeling, to know that perspective, to see the original sins of America laid bare, to realize the fear the government had of these people who had everything taken from them, yet still danced and sang – it’s sacred ground.  I think Patti Smith wanted to feel these feelings, to understand them, and to keep this story fresh in our hearts.  We wanted to do the same here, to let Quiltman’s voice lead us both back in time and forward into the future at the same time.  Heavy guitar work, heavy groove, and a gang vocal that is all heart and tribute – deep in our genetic DNA we understand what it is to survive the things imposed upon us by tyrants and criminals.  Right now in America, “we shall live again” works on a thousand levels…”.

Room Enough, Time Enough is earning praise across the board. Highlights include:

“Created during the pandemic and in the wake of the murder of George Floyd (a mile from Huckfelt’s home), this is a soothing and spiritual recording—just what the doctor ordered for these tough times.” – Americana Highways

“With the history of his years in the Pines in his rearview (for now, anyway), the road ahead is one paved in the folk tradition of collaboration and activism. Huckfelt says in the same email that Manifest Destiny has left our spirits and the planet sick and in great need of healing. Clearly his music is the strong medicine we need.” – Little Village

“There are songs written by, inspired by or sung with Native Americans on the album, all naturally in step with the airy, land-swept twang-rock sound, folk music traditions and environmental bent that have long been Huckfelt’s trademark.” – Minneapolis Star Tribune

As part of the acclaimed indie act The Pines as well as a solo artist, David Huckfelt has shared stages with artists from Mavis Staples and Emmylou Harris, to Trampled By Turtles, Calexico and Bon Iver. In 2018 Huckfelt received the prestigious Artist-In-Residence award at Isle Royale National Park on Lake Superior, where in two weeks he wrote the 14 songs that would become his solo debut Stranger Angels. Beginning in 2014 with his collaboration with American Indian Movement leader & poet John Trudell, Huckfelt has worked with an array of Native American artists and activists including Keith Secola, Quiltman, Winona LaDuke and novelist Louise Erdrich in the fight for social justice and protection for Mother Earth. In thousands of shows across the United States, Canada & overseas, Huckfelt’s grassroots following has grown from small-town opera houses, Midwestern barn concerts, and progressive benefit events to national tours and festival stages like Hardly Strictly Bluegrass, Edmonton and Calgary Folk Fests, and the legendary First Avenue club in his beloved Minneapolis home.