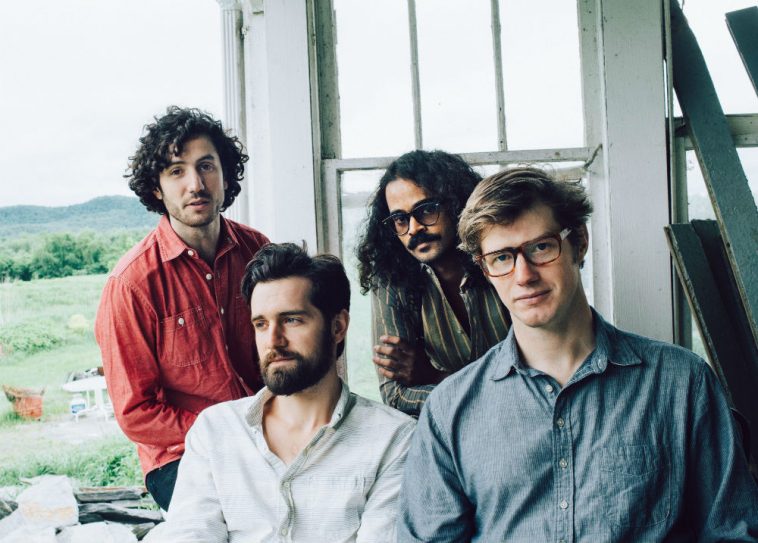 Darlingside has been touring nonstop since the album’s release, with stunning performances at numerous festivals as well as headlining dates. Darlingside was recently named Artist of the Year at the 2016 Folk Alliance International Conference. NPR Music called Darlingside one of “The Newest & Most Promising Voices In Americana” after seeing the band’s performance at the 2015 Americana Music Festival. They premiered the band’s poignant video for “God Of Loss”, calling it “…a perfect introduction to an exciting and talented young band.” See all of NPR’s extensive coverage HERE.

Darlingside’s emotionally charged live performances, clever wry wit and impeccable musicianship have garnered praise from a variety of press including Paste, PopMatters, Rolling Stone Country and many more. Huffington Post called Birds Say “one of the great albums released this year,” and American Songwriter said, “This is fresh, vital and organic acoustic music that’s pure and mysterious.” Darlingside has also been the subject of a ‘Talk of the Town’ feature in The New Yorker. (See HERE). View press highlights HERE.

This fall, Darlingside has invited supporting duo Frances Luke Accord to join them onstage during their set as 5th and 6th members of the band. The additional instrumentation serves to expand upon the band’s signature sound, allowing their four-part vocal harmonies to shine through.