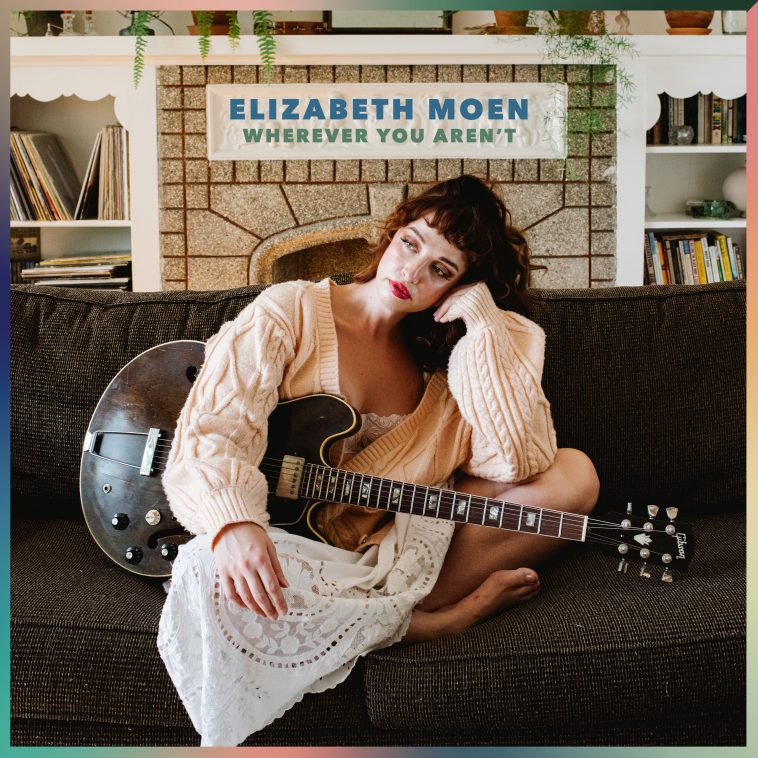 Chicago-based/Vinton, IA-born indie artist Elizabeth Moen released a third single “Wherever You Aren’t” from her forthcoming album of the same title, out on November 11. Premiered by Under the Radar Magazine, the song showcases Moen dueting with herself, her resonant voices echoing and filling a cavernous space, backed only by a softly strummed acoustic guitar. The sound grows in intensity; Moen’s voices crescendoing, orchestral strings building in the background. Listen to the track here.

“This song [“Wherever You Aren’t”] is about coming back to a place you know someone from your past will be,” Moen says. “As good as it would be to run into them, striking up a conversation would only strike up old pain. Sometimes the best thing is to just smile and keep trying to move forward. Wherever you are, wherever you aren’t, that’s okay.”

Elizabeth Moen is a singer-songwriter/guitarist based in Chicago, originally from Vinton, IA. On Wherever You Aren’t, Moen writes about life lessons, inspirations, drawbacks, and generally figuring it out – a scrapbook of first- and third-person accounts of growth experiences and rites of passage. As a self-taught and self-made artist, she brings her unique style of indie rock, indie folk, and garage soul to songs both personal and eerily relatable.

Recently, Moen has been on tour in live bands for Kevin Morby and Squirrel Flower, while picking up organic media endorsements from the likes of Chicago Tribune, NPR, Paste, Audiotree, Earmilk, and others. LA Weekly approved, “Elizabeth Moen possesses a big, soulful voice that can take you places… has big things on her mind and can write music and lyrics that match her impressive set of pipes.” The previously released single “Headgear” has over 1.5 million listens on Spotify.

In addition to the new album and single, Moen announced a Chicago album release show on December 16 at Schubas (TICKET LINK) and an Iowa City performance on November 26 at Gabe’s (TICKET LINK). Click HERE for more up-to-date tour information.