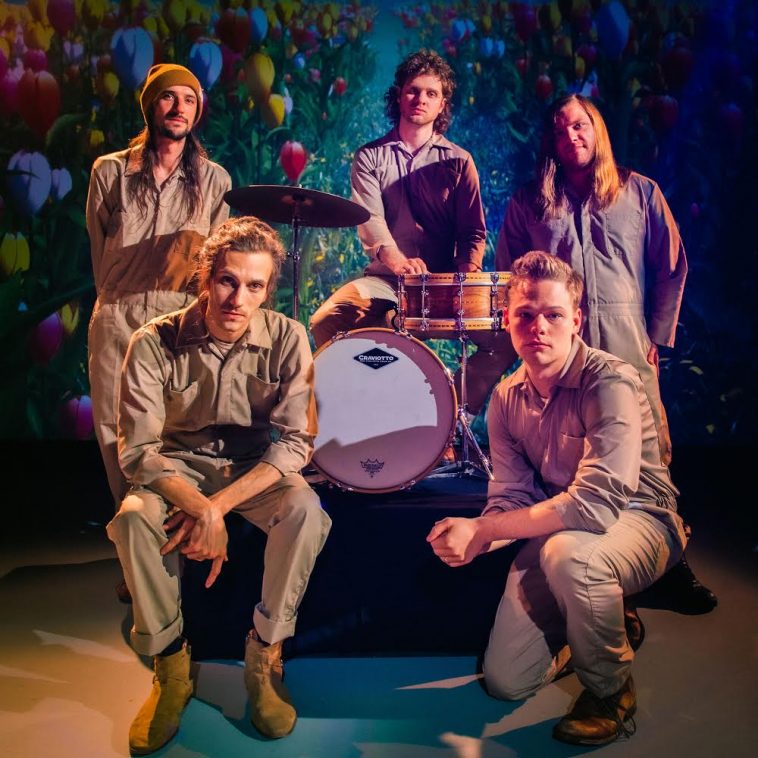 Genre-bending alt-folk band The Way Down Wanderers returns with infectious and joyful new track “Forever”, a poignant rumination on the changes demanded after becoming a parent. “Forever” is the latest track to be released from the group’s upcoming record More Like Tomorrow out September 10 (Soundly Music). Lauded for their eclectic blend of roots-based rock, folk, bluegrass, jazz, classical and pop, The Way Down Wanderers are continuing to push boundaries with their sonic experimentation, deeply personal lyricism and Beach Boys-style harmonies. Listen to the track HERE.

Featuring smooth, affecting vocals from Austin Krauss-Thompson, one of the band’s two lead singers, “Forever” opens softly and starkly only to explode into a jubilant singalong chorus, tailormade for the band’s noteworthy live shows. Excited to reconnect with their fans in person, The Way Down Wanderers will be heading out on tour later this year with additional dates to be announced in the coming months.

The Way Down Wanderers have released three additional tracks from their forthcoming album with the video for “The Wire” premiering on Rolling Stone Country. Playful and inventive, the video is a striking and colorful display of unity, kinship and acceptance – a perfect complement to the bouncy first single “Hiding” and its accompanying video that encourages self-expression. With both tracks spotlighting one of the lead vocalists, these songs serve as a microcosm of the album by acknowledging the different – sometimes messy – ways that we learn and grow.

More Like Tomorrow is the follow-up to The Way Down Wanderers’ acclaimed 2018 sophomore album illusions, which garnered high praise from The Associated Press, Rolling Stone Country, Relix, NoDepression, The Boot, PopMatters, Illinois Entertainer (cover story) and much more. More Like Tomorrowwas recorded and produced by David Schiffman (HAIM, Rage Against The Machine, Charli XCX, Audioslave), who also produced illusions.

THE WAY DOWN WANDERERS 2021 TOUR DATES

For press information about The Way Down Wanderers, please contact
Jim Flammia or Bobby Crane at All Eyes Media (615) 227-2770