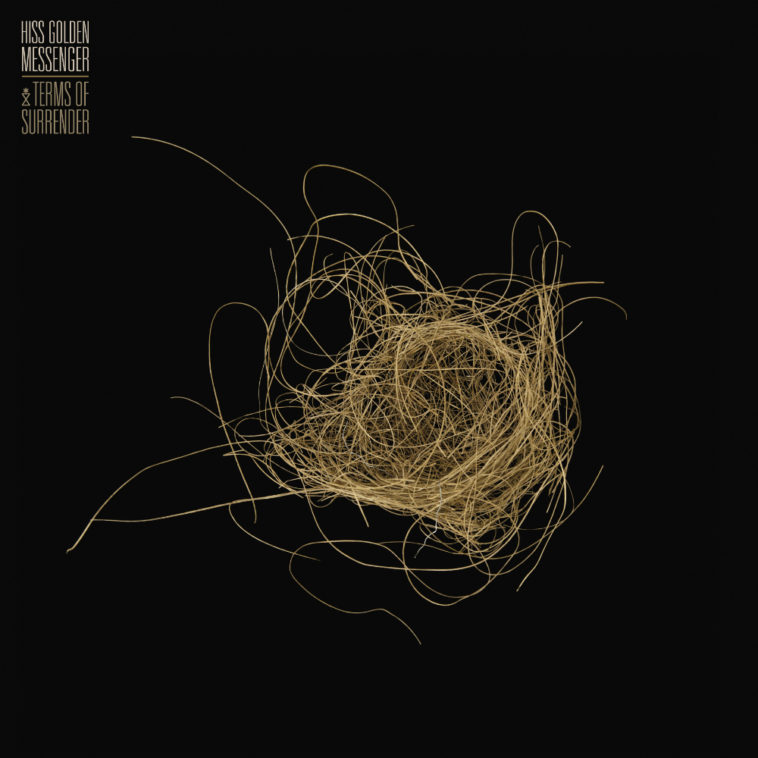 Hiss Golden Messenger has released a new track from their upcoming album Terms Of Surrender, which comes out September 20th on Merge Records. The hypnotic and moody “Cat’s Eye Blue” finds lead singer/songwriter M.C. Taylor taking emotional inventory and gaining a new perspective focusing on what is fundamentally most important. Listen to “Cat’s Eye Blue” HERE.

Taylor says of the track, “’Cat’s Eye Blue’ is a song about anxiety. And about fathers. How to express ourselves in real terms. How to cut the poison out to avoid further harm. ‘Is this wicked word too bad to be spoken? You let the heart attack in. One taste and it’s broken.’ I sing about fathers–my own, specifically–because I almost lost mine during the writing of this record. He’s still here–I hear him outside playing with my kids right now–but I’ve been thinking about him a lot this past year.”

“Cat’s Eye Blue” follows the June release of “I Need A Teacher”, the first single off of Terms Of Surrender. The inspiring video for the song (Seen Here) was filmed during the statewide North Carolina Association of Educators’ Day of Action demonstration.  The reaction and support since the release of the song and clip has been exceptional.

Hiss Golden Messenger will be going out on a headlining tour in support of Terms Of Surrender that kicks off on September 24th in Greenville, SC. See a list of all tour dates below.

Visit HissGoldenMessenger.com for up to date information.