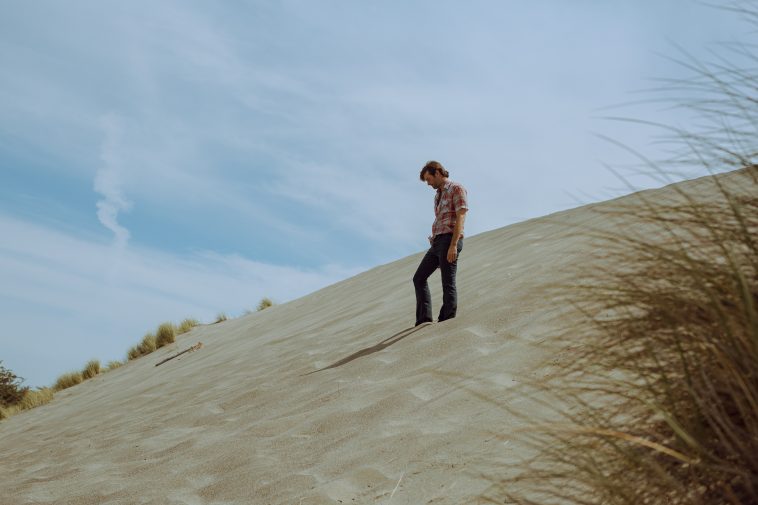 Acclaimed indie-folk singer/songwriter John Craigie is gearing up for his third KeepItWarm Tour, one of the biggest tours of his career, November 10th &11th with back-to-back shows in Arcata, CA.  In the tradition of past KeepItWarm tours, Craigie has partnered with nonprofits to help the communities he plays for, with $1 from each ticket sold going to a regional charity. Organizations include Western Center on Law & Poverty  (November California Shows) Northwest Harvest (December Pacific Northwest Shows) and Hunger Free Colorado (December Colorado Shows). For a full list of tour dates see below and on John Craigie’s website HERE.

Craigie recorded the new track “Laurie Rolled Me a J” while stuck at home during the height of the pandemic. Craigie says, “This song was written in the midst of lockdown. Themes range from stimulus checks, isolation, dating during a pandemic, BLM protests, Wim Hof and the apocalypse. Recorded in Portland, OR with an all-star lineup. Members of TK and the Holy Know Nothings: Taylor Kingman, Lewi Longmire and Sydney Nash. Ned Folkerth on drums as well. Recorded in a live take at Hallowed Halls studio. Already a fan favorite since it’s live debut earlier this year.”  Laurie is Laurie Shook of the Shook Twins, longtime Craigie collaborators. The lyrics perfectly capture the anger and despondency that many of us have been experiencing. Read them HERE and listen to “Laurie Rolled Me a J” HERE.

Craigie is finally able to get back on the road where he shines brightest, displaying his articulate songwriting, telling his candid stories and humorous anecdotes and leaving everything on the stage. After releasing his acclaimed 2020 album Asterisk the Universe, Craigie was unable to share his signature blend of songcraft and wry wit with live audiences.

More than just a show, a John Craigie performance is a collective event, as audiences personally connect and relate to Craigie’s narratives and characters. This was captured on Craigie’s last live album Opening For Steinbeck which earned raves from fellow musicians and fans alike. Check out “Don’t Ask” live from Portland, OR right before the pandemic HERE.

Craigie earned raves for Asterisk the Universe. Accolades include:

“It’s hard to immerse yourself in a Craigie album, from the new LP to his cult-classic 2016 concert document, Capricorn in Retrograde … Just Kidding … Live in Portland, and not emerge elated.”                 – Rolling Stone Country

“…a soft, dreamy place to come to…. for many weary and heavy-hearted listeners, the album might be exactly what they need.” – No Depression