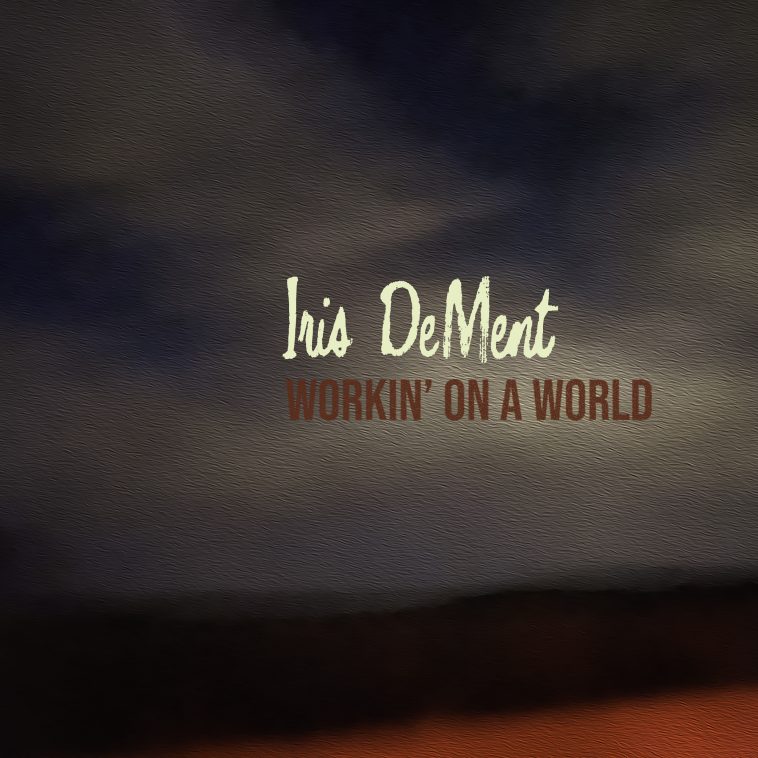 On February 24th, acclaimed singer/songwriter Iris DeMent contemplates the external and internal issues of our world with her seventh album, the inspiring Workin’ On A World.  During the course of her celebrated career, the pioneering artist has continued to evolve as she thoughtfully touches on the critical moments in our lives.  On Workin’ On A World, her songs are her way of healing our broken inner and outer spaces.

DeMent sets the stage for the album with the title track in which she moves from a sense of despair towards a place of promise. “Now I’m workin’ on a world I may never see / Joinin’ forces with the warriors of love / Who came before and will follow you and me.” “Going Down To Sing in Texas” is an ode not only to gun control, but also to the brave folks who speak out against tyranny and endure the consequences in an unjust world. Listen via DSPs HERE.

Workin’ on a World features some of DeMent’s most poignant songs to date. She summons various social justice warriors, both past and present, to deliver messages of optimism. “How Long” references Martin Luther King, while “Warriors of Love” includes John Lewis and Rachel Corrie.  DeMent grapples with loss on the deeply honest “I Won’t Ask You Why,” while encouraging compassion over hate in the awe-inspiring “Say A Good Word.”  Album closer “Waycross, Georgia,” encompasses the end of the journey, thanking those along the way.

The album was created over the course of six years with co-producers Richard Bennett, Jim Rooney and Pieta Brown. After putting down the work during the pandemic, DeMent revisited the recordings and shared them with Brown, who urged DeMent to return to the studio. Together they wrote “The Sacred Now” and “I Won’t Ask You Why” and finished the recording with Bennett in Nashville, TN in April 2022.

Iris Dement’s debut album Infamous Angel in 1992 has been hailed as one of Rolling Stone’s Greatest Country Albums of All Time and one of Pitchfork’s Best Albums of the 1990s. DeMent has earned numerous Grammy nominations and awards, along with the respect of peers/collaborators John Prine, Steve Earle, Emmylou Harris and others.  The Guardian has called her “one of the finest singer-songwriters in America,” while NPR called her “one of the great voices in contemporary popular music.”