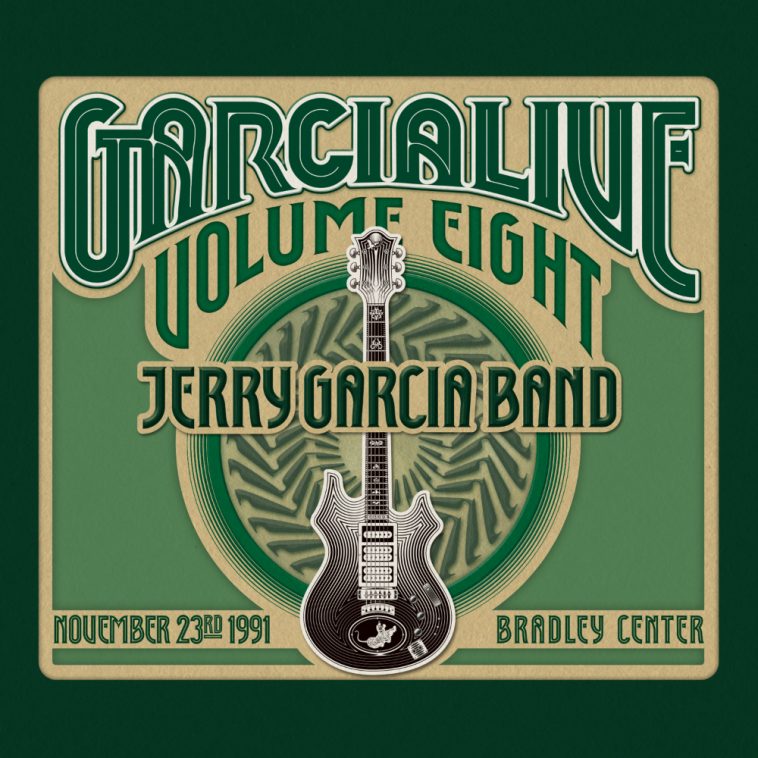 On March 10, Round Records & ATO Records will release GarciaLive Volume Eight: November 23rd, 1991 Bradley Center, recorded in Milwaukee, WI. The two-disc set has been re-mastered from the original soundboard recordings allowing more of the warmth and vibe of the performance to shine through. GarciaLive Volume Eight is the first release in a series of archival releases set for 2017 in celebration of Jerry Garcia‘s 75th birthday on August 1. Pre-order for GarciaLive Vol. Eight can be found at Garcia Family Provisions: http://jerrygarcia.shop.musictoday.com/.

This show was recorded during the group’s 1991 fall tour, the Jerry Garcia Band’s first full fall tour since 1984. This bright, soulful and high-energy set features the Jerry Garcia Band’s longest continuous lineup with Melvin Seals (keyboards), John Kahn (bass), David Kemper (drums), Gloria Jones (backing vox) and Jacklyn LaBranch (backing vox) alongside Garcia. As Seals puts it, “That was the magic band…we all knew we had something special. That was the band.” And he wasn’t exaggerating.

The band opens the set with a rousing version of the Garcia/Hunter fan favorite “Cats Under The Stars”, one of four songs by the seminal songwriting duo played that night. The show features Garcia’s signature renditions of classic covers including Bruce Cockburn’s “Waiting for A Miracle” and an electrifying version of Bob Dylan’s “Tangled Up In Blue”. The evening featured a few songs that had only recently been added to the JGB repertoire, including a swinging version of Eric Clapton’s “Lay Down Sally”, a jovial rendition of Van Morrison’s “Bright Side of the Road” and the gorgeous 13-minute epic take on The Manhattan’s classic, “Shining Star”.

For those fortunate enough to experience the Jerry Garcia Band live, listening to GarciaLive Volume Eight will feel like a visit with a long lost friend; picking up right where you left off. For those who never had the experience, this set on this particular night is a wonderful way to begin a long lasting relationship.

For press information, please contact Jim Flammia at
All Eyes Media jim@alleyesmedia.com or (615) 227-2770

DISC ONE / SET ONE

2. THEY LOVE EACH OTHER
(Jerry Garcia/Robert Hunter)

4. THE NIGHT THEY DROVE OLD DIXIE DOWN
(Robbie Robertson)

7. MY SISTERS AND BROTHERS
(Charles Johnson)

1. BRIGHT SIDE OF THE ROAD
(Van Morrison)

2. WAITING FOR A MIRACLE
(Bruce Cockburn)

5. AIN’T NO BREAD IN THE BREADBOX
(Norton Buffalo)