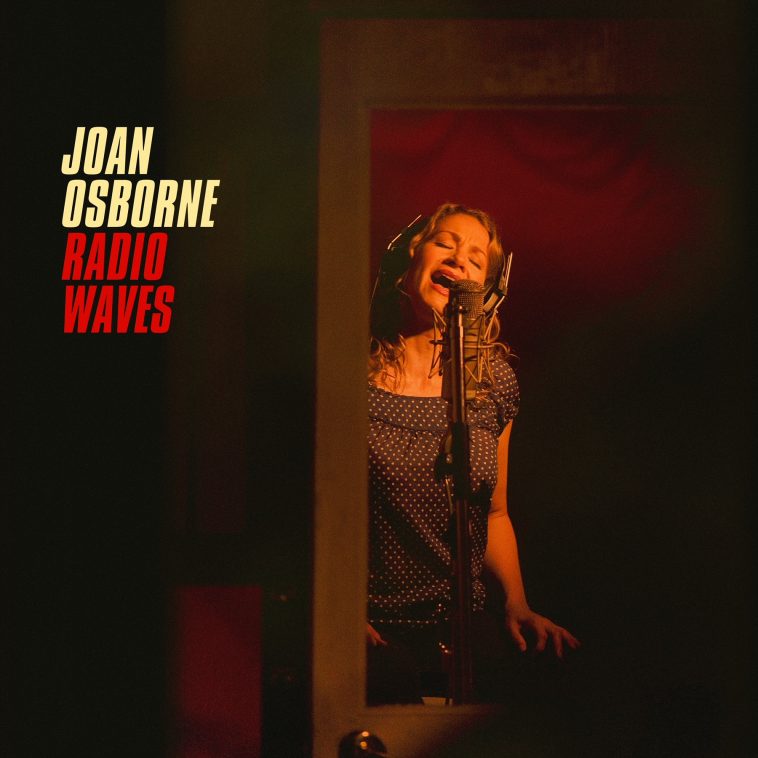 Singer/songwriter Joan Osborne will release a collection of unearthed live in-studio radio recordings entitled Radio Waves on February 22 (via her imprint Womanly Hips Records). The 13-song album is a unique, hand-picked assortment of Osborne’s favorite and most captivating live appearances culled from 100+ radio station performances over her 25-year career. See the full track listing below.

Following the 2020 release of her critically acclaimed Trouble and Strife, Osborne canceled her touring plans and spent the lockdown like many others – visiting backburner projects and sorting through the contents of old, dusty shoeboxes.

“Most of my life’s work has disappeared without a trace,” Osborne said. “I’ve made 10+ studio albums, but the vast majority of the songs I’ve sung hundreds and thousands of times over decades of touring across the globe, has never been recorded.”

What Osborne found buried deep within her closets are relics of those lost performances; time-capsule live recordings spotlighting the lightning-in-a-bottle dynamism that makes her a mesmerizing performer. The tracks of Radio Waves cover a wide range in style and source material, perfectly exhibited in the album’s bookends – starting with “Saint Teresa” from a KCRW session in 1995 and ending on a take of Sly and the Family Stone’s “Everybody is a Star” performed at KROQ in 2002.

Consistent throughout Radio Waves are Osborne’s bigtime silky voice, soulful and smooth instrumentation from the likes of veteran accompanists Andrew Carillo and Jack Petruzzelli, and a keen ear for heart-lifting song selections. Inspiring, stylistic choices span classics like Stevie Wonder’s “Love’s in Need of Love Today” and Bob Dylan’s “Make You Feel My Love”, as well as deeper cuts such as Bill Withers’ “Same Love That Made Me Laugh” and Toshi Reagon’s “Real Love”.

Osborne has announced dates for her first tour since the release of Trouble and Strife in 2020. See the full list below.

Throughout her 25-year, multi-Grammy nominated career, Joan Osborne has never been an artist confined to one space. She has utilized her incredible voice through her own songs while also becoming one of her generation’s finest interpreters. Radio Waves is a living document of that.

February 18 – Natick, MA – The Center for Arts in Natick