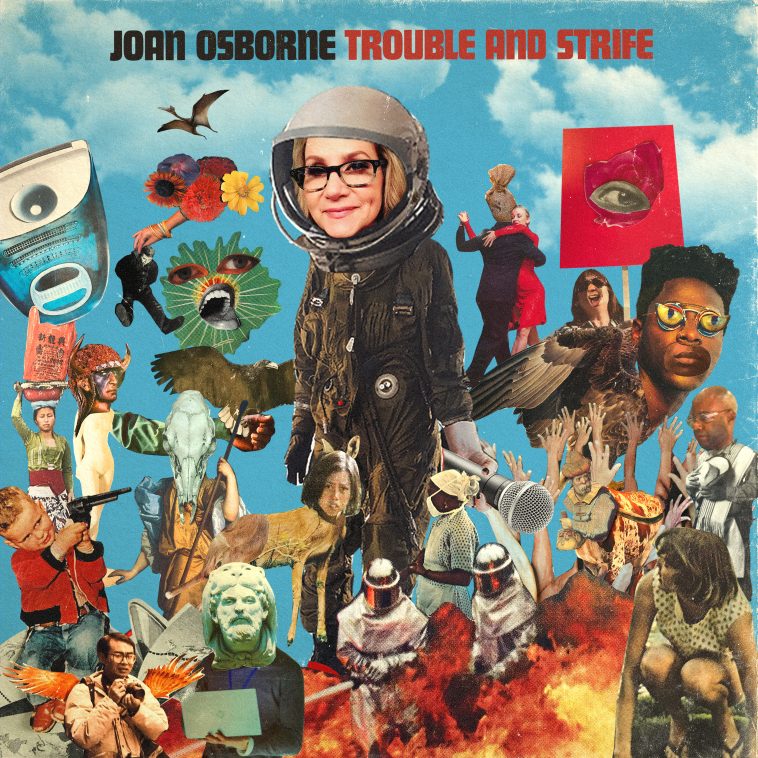 Grammy nominated, acclaimed singer/songwriter Joan Osborne has released the playful new video for her song “Meat & Potatoes”, off of her critically acclaimed album Trouble and Strife. The light-hearted clip features Osborne and a small group of friends from music and television having some fun in their home kitchens. Watch the music video HERE. “When the Trouble and Strife album came out last summer, there were songs on it that spoke more to the intense time we were all living through: songs, like “Hands Off” or “That Was a Lie”, about calling out corruption and disinformation,” says Osborne. “They felt like the right choice for that moment, some small response to the turmoil. But now that the Covid crisis is easing for many of us, spring is here again and people are shaking off some of the darkness of the past year, I want to put something fun and energetic into the world. Yes, our planet is far from perfect, and there’s still so much work to be done, but we can’t forget to make time for joy.”

Trouble and Strife was Osborne’s first set of original songs in six years. Many of the tracks on the self-produced album touched on some of the socio-political issues we were, and still are facing. “Meat and Potatoes” was a jovial offering that remained in the background until the time felt right.

“I started working on this video last spring as the Covid pandemic abruptly became our shared reality,” Osborne offers. “I reached out to some friends and asked them to send me selfie videos, looking for the intimate feel of people dancing and cooking at home, small pleasures in a dark time.  I was thrilled with the response: the finished video features clips of music friends like Tia and Tanya from the band Stormstress and singer/songwriter Rachael Yamagata, friends from the TV world like Elizabeth Rodriguez (“Orange is the New Black”), and from the drag scene like Scarlet Envy (“RuPaul’s Drag Race”), all cooking up a storm and having fun.”

Trouble and Strife garnered high praise from the media following its release.

“The album might be the closest approximation to “Relish” that Osborne has recorded since her release of that breakthrough album 25 (!) years ago.” – Associated Press “From swampy boogie to straight-up rock-and-roll to a little bit o’ soul Joan Osborne touches down on a little bit of everything, tying her 10 diverse new tunes together with a sense of purpose and single-mindedness…without a wasted minute.” – Relix “Joan Osborne may have become the new Queen Of Soul on ‘Trouble and Strife’… As an R&B chanteuse, she’s both credible and convincing, offering no hint of posturing or pretense in any of these 10 tracks.” ★★★★  – American Songwriter “Joan Osborne shines with poignant and politically-minded ‘Trouble And Strife’“ – Glide Magazine