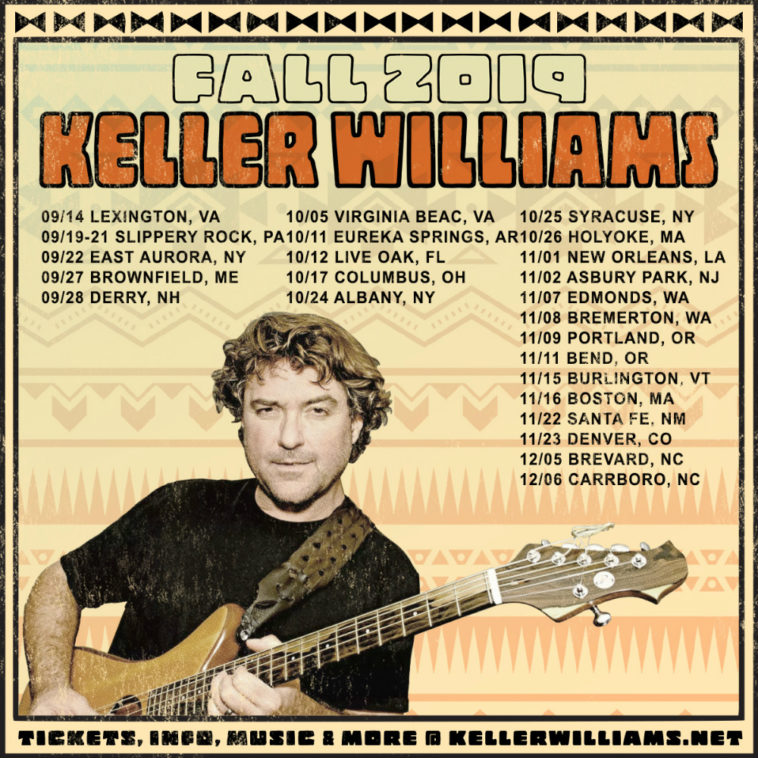 Genre hopping multi-instrumentalist/vocalist Keller Williams has announced an extensive U.S tour this fall. Kicking off on September 13, the run of dates will include performances in New Orleans, Asbury Park, Portland, OR, Boston and more (see a full list of tour dates below).

To round out his fall tour, Williams will bring his annual Thanksforgrassgiving holiday celebration West to The Ogden Theater in Denver on November 23, with its East Coast counterpart to be announced soon. Opening this special event will be Love Canon, followed by a set with his Keller & The Keels project. Williams will then be joined on stage for a headlining performance with his Grateful Grass Ensemble, featuring Keith Moseley (String Cheese Incident), Andy Thorn (Leftover Salmon), Jay Starling (Love Canon), Andy Thacker (Love Canon) and Zeb Bowles (Hot Buttered Rum).

Keller Williams’ dynamic and unpredictable live performances, along with his ability to seamlessly transition between genres, has earned him a large and loyal cult following as well as praise from press, including Billboard, Entertainment Weekly, Relix, Acoustic Guitar and more. Williams has proven his reputation as an artistic force, showcasing his masterful penchant for collaboration and innovation across a prolific career that has now spanned 24 studio albums and multiple creative projects. Following the release of his instrumental album SANS in 2018 and his most recent album Add (out May 31), Williams is excited to release his 25th studio album, due in the fall of 2019. Stay tuned for more.