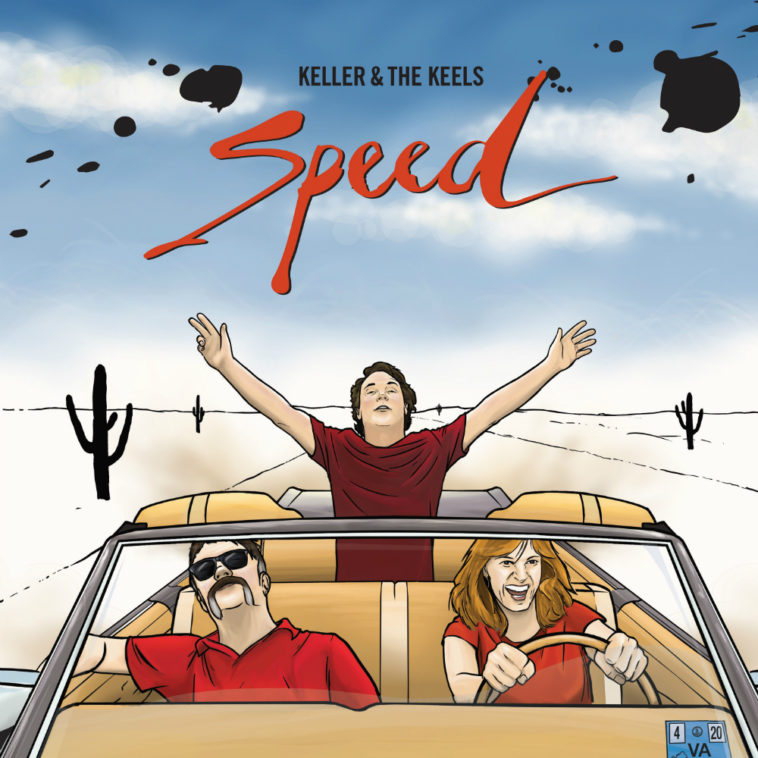 Keller Williams has announced the release of his 25th studio album, SPEED, which is due out on November 22nd. The new record features Williams with his Bluegrass outfit, Keller & The Keels, as they reinterpret popular songs by celebrated artists including The Doors, Kacey Musgraves, Fiona Apple, Weezer and more.

Known for their unique musical approach, Keller & The Keels sees Williams on vocals, joined by progressive flatpicker Larry Keel and bassist Jenny Keel. SPEED is the trio’s third collaboration together – following their 2006 release GRASS and 2012’s all-covers album THIEF – and features a combination of originals and covers including Fiona Apple’s “Criminal”, Kacey Musgraves’ “Slow Burn” and Weezer’s “Island In The Sun”, performed in their trademark psychedelic Appalachian bluegrass style. Of the record Williams says, “This project is nothing but fun. At least for us. When we first started playing together, we vowed not to gig too much, so it will be special every time we would pick. This record documents this theory perfectly. One of Larry’s, one of mine and a bunch of covers that chose me. Long live the Keels.” All album pre-orders made via Keller’s online store HERE will be entered into a pre-order contest (details to be announced soon).

Williams recently announced an extensive Fall tour, which includes solo shows and dates with other ensembles. The tour kicks off on September 13th in Charlotte, North Carolina. Keller & The Keels will celebrate the release of SPEED during Williams’ annual Thanksforgrassgiving holiday celebrations, which begin out West at The Ogden Theatre in Denver on November 23, before heading East for two performances in Richmond, VA, and Washington, D.C. He’ll then reconnect with The Keels, as well as his Grateful Grass ensemble featuring The Hillbenders, for two New Year’s Eve shows at Old Rock House in St. Louis. (see a full list of tour dates below).

Keller Williams’ dynamic and unpredictable live performances, along with his ability to seamlessly transition between genres, has earned him a loyal cult following as well as praise from press, including Billboard, Entertainment Weekly, Relix, Acoustic Guitar and more. Williams has upheld his reputation as an artistic force, building a prolific career which spans 24 albums and multiple creative endeavors. After the release of his instrumental album SANS in 2018 and his most recent record Add (out May 31st), SPEED once again showcases Williams’ masterful penchant for collaboration and innovation and proves he’s not planning to slow down any time soon.