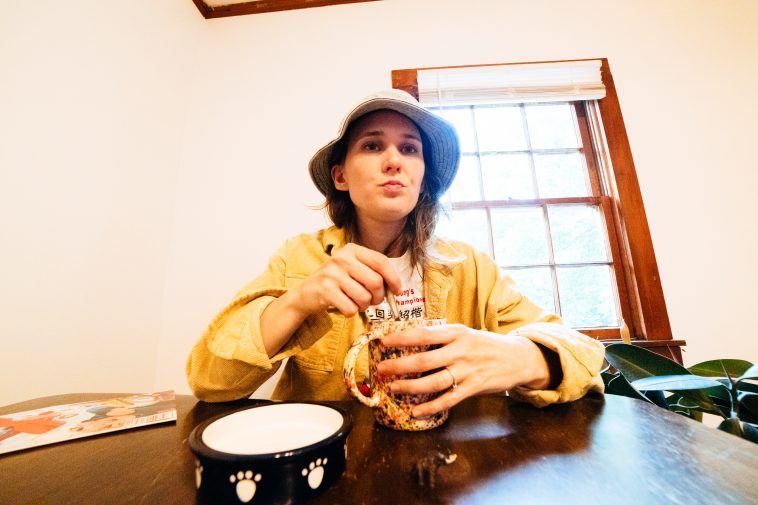 Nashville indie rock artist Laney Jones released a new video for standout track “Remember” from her new album Stories Up High (https://tonetree.ffm.to/storiesuphigh). Filmed by Casey Pierce, the film noir video features a ghostly Jones in a white suit exploring and dancing around an eerily vacant, lush garden grounds. The sonic buildup of organ swells and lone guitar strums launches into a full-on stomp of drums, bass, guitar, and Laney’s howl, ruminating, “So remember/ Remember/ Nothing lasts forever/ You better stay together.” Under the Radar premiered the video this morning and it can be viewed HERE.

Recorded at Nashville’s Bomb Shelter with producer Andrija Tokic (Alabama Shakes, Langhorne Slim, Hurray for the Riff Raff), Stories Up High blends indie rock, dusty ‘60s R&B instrumentation, and subtle touches of modern folk into 11 songs exploring growth, change, reality, and the subconscious. Jones previously released singles “If Life Is” here and an animated video “Stories Up High” created by Shane Pielocik here. Stories Up High was released to widespread praise from the likes of Magnet, No Depression, Brooklyn Vegan, Creative Loafing, and many others.

In a relatively brief amount of time, Laney Jones has made significant accomplishments while finding her creative voice and a dedicated audience. Songs from her diverse writing catalog have received millions of streams and can be heard in movies and commercials for Pixar, Google, Netflix, Paramount, and Toyota. Her 2016 album Laney Jones prompted Rolling Stone to hail her as an “Artist You Need To Know”. With Stories Up High, her first album in six years, Jones is primed to become an Artist You Already Know.