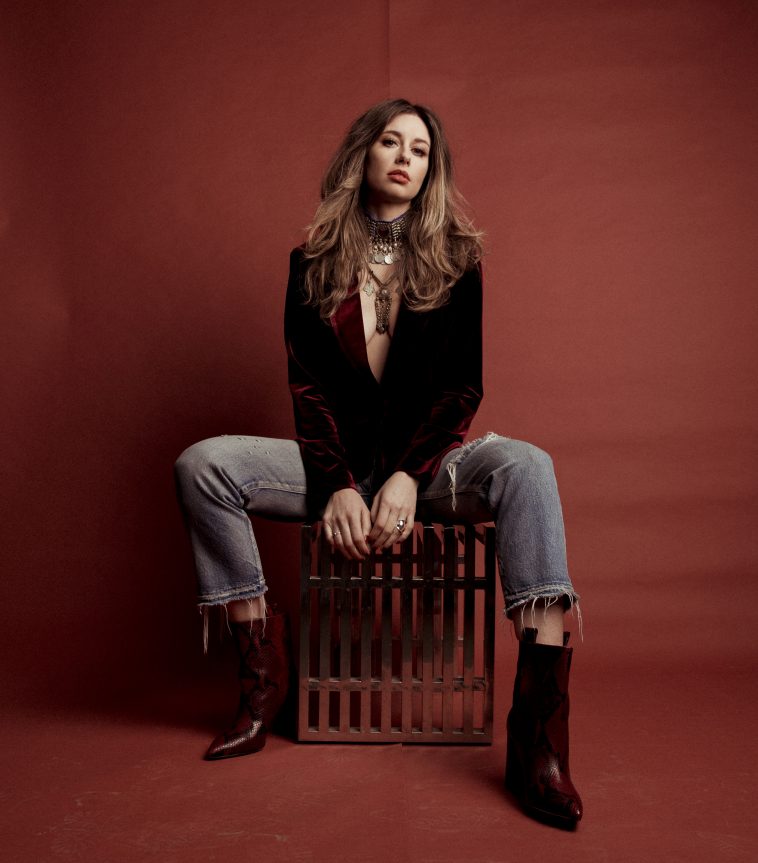 Acclaimed singer/songwriter Lera Lynn releases “Let Me Tell You Something” from her anticipated studio album On My Own out October 23rd (Ruby Range Records/InGrooves). The song “is actually a conversation that I had with my father and his advice to avoid anything creative as a career,” Lynn says. “I loved the idea of writing and releasing a song about someone telling me not to write and release songs.” Watch the stark and bold video for “Let Me Tell You Something” HERE and pre-order On My Own HERE.

The title Own My Own is an apt description of the record itself on which Lynn wrote, engineered, produced and played every instrument. The collection offers the strongest songwriting of her career with an evolved sonic style. When combined with her unique melodic sense and lush but minimalist production, you are presented with a set of undeniably compelling and deeply personal pieces.

Lynn’s previously released single “Are You Listening” is resonating with fans and tastemakers alike. The song has been added to numerous Spotify playlists including Roots Rising, Fresh Folk, The Pulse of Americana, Indigo and others.

Lynn has earned a loyal following, critical acclaim and the admiration of peers and heroes. She first came to international attention through her writing and performances on HBO’s True Detective. Throughout her career, nearly a decade-long run filled with four albums and hundreds of shows on both sides of the Atlantic, Lynn has maintained her fierce independence and dedication to her fans. On My Own seamlessly combines Lynn’s folk, country, and alt-pop influences into a cohesive musical statement all her own.