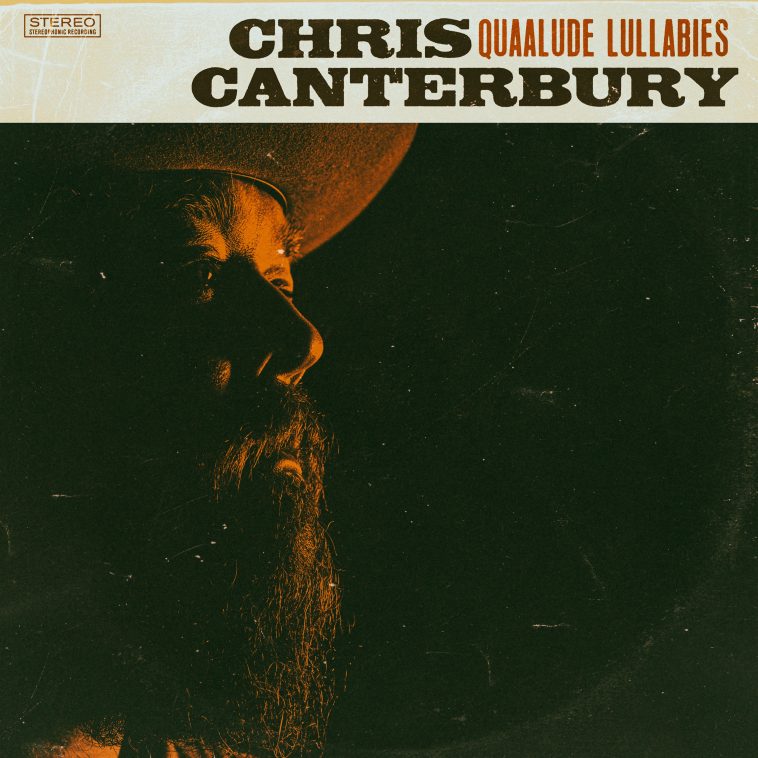 Louisiana-bred/Nashville-based artist Chris Canterbury will release a new album, Quaalude Lullabies, on September 23 (pre-order/pre-save link). His second overall album and first in five years is a collection of nine beautifully told narratives circling around the challenges of addiction, depression, loneliness, and coping. The lead single “The Devil, The Dealer & Me” is sparsely composed – only pedal steel, upright bass, and Wurlitzer – spotlighting Canterbury’s raw, full-bodied voice, as he sings of vice and struggle: “There’s an army inside my head / And a monster under my bed / Numb my mind so I don’t have to lose it / A heart only breaks when you use it.” Listen here.

“When I sat down to write this project, I tried to present each topic as a straight-forward Saturday morning kitchen conversation,” Canterbury says. “That’s how I approach songwriting.”

Getting out of the way of the story and letting it speak for itself has been a guiding force for Canterbury’s songwriting career. Quaalude Lullabies doesn’t offer quick solutions or neatly wrapped packages adorned in bright bows, but instead tells the stories of real life, struggle, and resolve (or lack thereof). Canterbury wrenches moving, powerful vocal melodies from deep within about the dark and the dirty, and his deliberate, stunning, emotional songwriting and production styles follow suit. Tracks like “The Devil, The Dealer, & Me” and “Kitchen Table Poet” bring together the energetic humidity of Gospel-adjacent, classic soul ballads with the structure of slow-rolling, traditional country. Instead of waxing poetic over hackneyed issues and tropes, Canterbury eloquently illustrates the complexities of life with a millworker’s vernacular and a hefty southern drawl. Subsequent tracks “Fall Apart”, “Heartache For Hire”, and “Back On the Pills” are no less weighty, but Quaalude Lullabies often isn’t aiming to heal or uplift, but to tell the narrator’s gnarled up cautionary tale.

“I wanted to woodshop a record together that felt like Nebraska,” says Canterbury of his first self-produced record. “I wanted it to be loose like a box of bedroom demo tapes, but cohesive enough to stand on its own.”