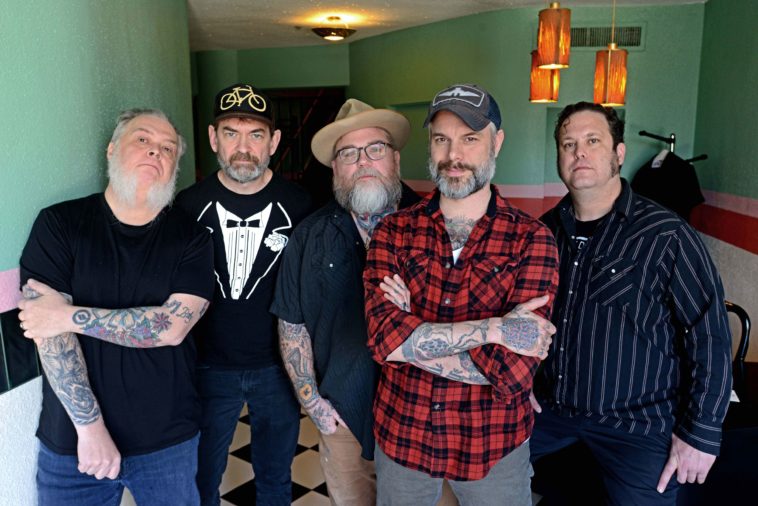 Celebrating 20 years together, Lucero returns to their early rock n’ roll days for the band’s ninth studio album as they pull back on the big arrangements and Memphis-styled horns of their recent work. With lead singer/songwriter Ben Nichols taking a more observational approach, Among the Ghosts showcases his penchant for creating hauntingly vivid imagery with literary-inspired storytelling steeped in Southern Gothic vignettes. The result is an album that is more core Lucero and yet not quite like anything the band has done in recent years. Among the Ghosts is the sound of a band going back to their roots to discover a fresh perspective and cement their legacy for years to come. In recognition of their 20 year anniversary, Lucero just released a home movie-style video featuring entertaining personal footage captured during their earlier days set to the track “For The Lonely Ones”. View Here.

Lucero has remained firmly rooted in their blue-collar ethos for two decades, building a loyal legion of fans along the way with their gritty, high-powered live performances and communal atmosphere. Keeping one foot firmly planted in a foundation of Memphis rock and soul, the band consistently brings it night after night, playing over 100 shows a year and continuing to pack houses all over. Lucero’s longevity and ability to evolve while engaging fans both new and old, proves that even after all this time they remain a relevant, dynamic force with staying power.