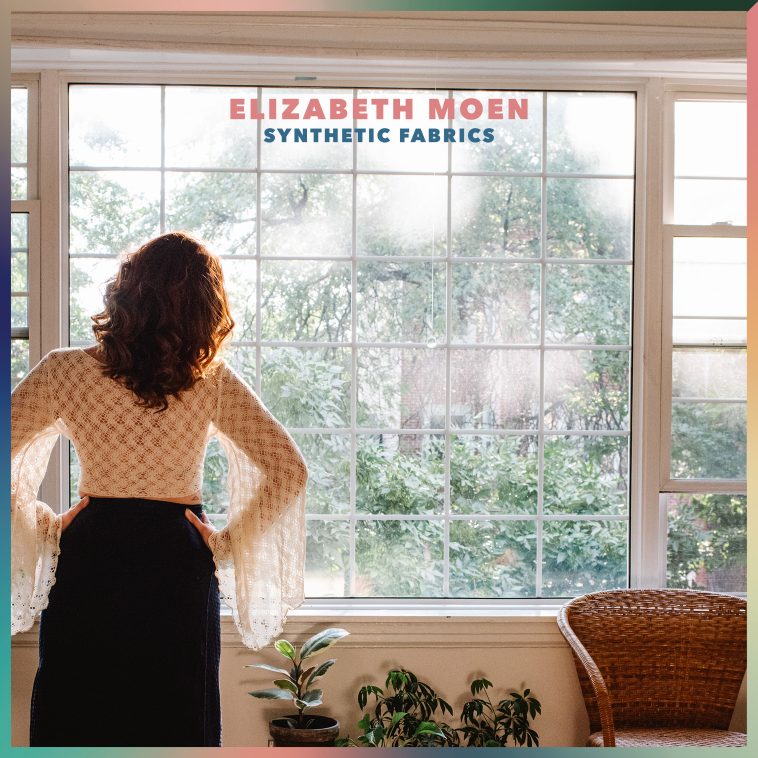 “I wrote the verses [of “Synthetic Fabrics”] when I was staying back with at my parent’s place and unsure of big decisions about my body and future,” Moen says. “The chorus lyrics came to me months later on a bus from Dublin to a small town south of there on my way to play a show. Recorded at Fame Studios later that year on a day off on tour. An accumulation of fears, facing them, and support brought this song together.”

Elizabeth Moen is a singer-songwriter/guitarist based in Chicago, originally from Vinton, IA. On Wherever You Aren’t, Moen writes about life lessons, inspirations, drawbacks, and generally figuring it out – a scrapbook of first- and third-person accounts of growth experiences and rites of passage. As a self-taught and self-made artist, she brings her unique style of indie rock, indie folk, and garage soul to songs both personal and eerily relatable.

Recently, Moen has been on tour in live bands for Kevin Morby and Squirrel Flower, while picking up organic media endorsements from the likes of Chicago Tribune, NPR, Paste, Audiotree and Earmilk. LA Weekly said, “Elizabeth Moen possesses a big, soulful voice that can take you places… has big things on her mind and can write music and lyrics that match her impressive set of pipes.” The first single, “Headgear”, from her forthcoming album has over 1.5 million listens on Spotify.

In addition to the new album and single/video, Moen announced a Chicago album release show on December 9 at The Hideout with Free Range opening (TICKET LINK). Click HERE for more up-to-date tour information.