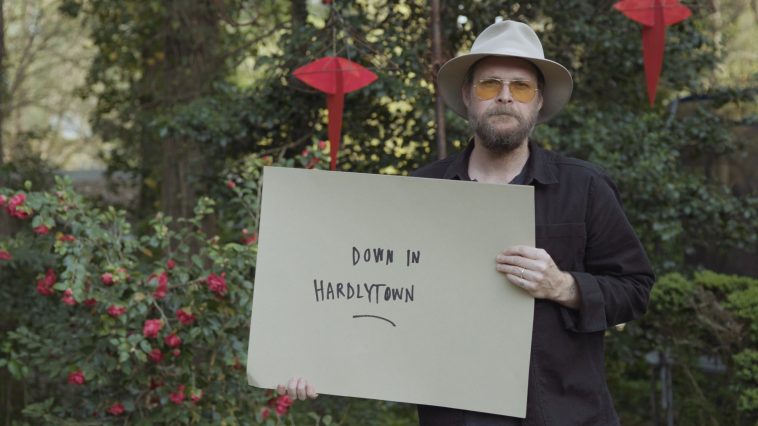 “The times that we’re living through have made me think, in so many different ways large and small, about our obligations to one another,” says Taylor. “How much to give away? How much to keep for ourselves? How much is too much, and how much is not enough? Maybe the conversation that the mother and son have throughout ‘Hardlytown’ was my attempt to reckon with the tension that exists between selflessness and selfishness.” He adds, “We all know some version of this conversation. We’re currently in the middle of it as a country and as a species. I have two children, and I’m trying to teach them about what it means to be, and the ways we all stand to benefit from being, good neighbors. It’s sort of a simple lesson in theory, but more complicated in practice. But then, I guess all good things are.”

Pre-order Quietly Blowing It HERE now on CD, LP, and metallic blue Peak Vinyl, or wherever records are sold. All domestic vinyl pre-orders in the Merge store will automatically be entered to receive one of the lyric cards used in the “Hardlytown” video.