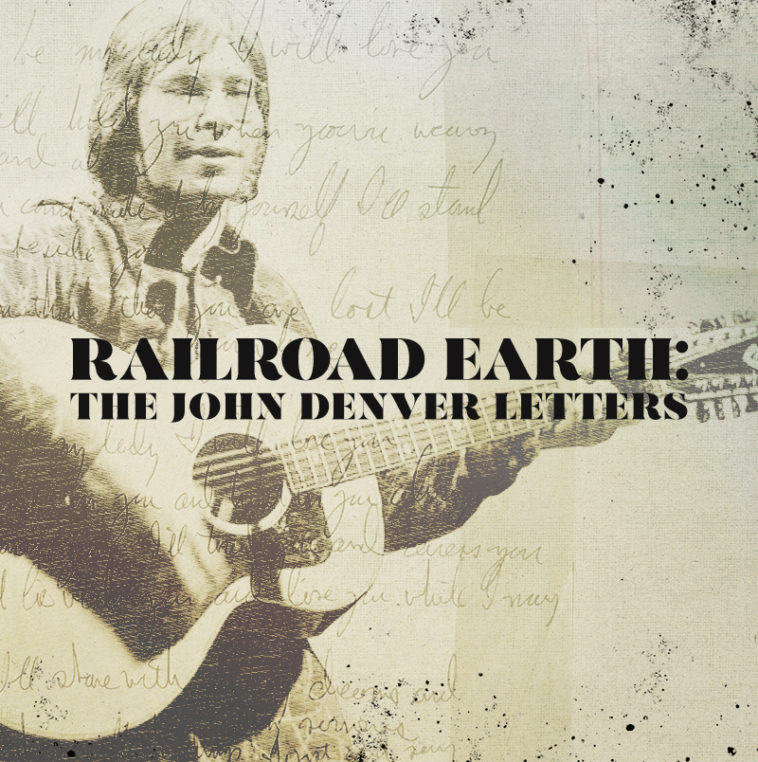 For the first time, newly discovered lyrics by John Denver will see the light of day on Earth Day, April 22nd, thanks to the esteemed Americana band Railroad Earth. The celebrated band wrote music to the unseen lyrics, unearthed by the late artist’s estate. The tracks will be available on a special 7-inch vinyl being sold at music retailers as well as digitally. Click HERE to view American Songwriter’s exclusive premiere of the video for “If You’ll Be My Lady”.

The collaboration came about when Denver’s management team came across notebooks containing handwritten lyrics of classic songs, poems and unfinished song ideas while prepping for a display in Denver’s 2017 Grammy Museum exhibit.  Railroad Earth front man, Todd Sheaffer set the lyrics to music and the band recorded two new songs “If You Will Be My Lady,” and “Through The Night”.

John Denver’s roots run deep in the folk tradition where he made a name for himself early on as a member of the Mitchell Trio, replacing founder Chad Mitchell in 1965.  Denver went on to launch a solo career becoming one of the highest selling artists ever worldwide with over 33 million records sold and seven Billboard Top Ten Albums in the U.S.  The Poet Laureate of Colorado, Denver is best known for beloved songs including “Leaving on Jet Plane”, “Sunshine On My Shoulders”, “Annie’s Song”, “Take Me Home Country Roads”, and “Rocky Mountain High”.  Among his numerous awards and recognitions, Denver was also instrumental in championing environmental causes and space exploration.

Todd Sheaffer shares his emotions about the collaboration saying, “What an honor to have been given the opportunity to shape these John Denver words into songs.  Hopefully I’ve been able to convey some of the warmth and emotional bravery I found in them into the songs and hopefully we’ve been able to channel some of John’s pure and open musical spirit into the recordings.  It was fun to try, and it was a pleasure to go back and connect again with an artist I’ve known and loved for a long time.”

The sessions also hold a cherished memory for Railroad Earth as they are the last recordings that were made with beloved bandmate and multi-instrumentalist Andy Goessling, an integral member of the band who passed away in 2018.  Goessling’s contributions were essential to the band’s signature authentic style and he also happened to be a huge John Denver fan who was thrilled to participate in this project.

A portion of the proceeds from these two tracks will be donated to Youth Climate Strike, a movement rapidly gaining momentum across the globe, where young people are striking for climate justice.  For more information about the movement please visit: https://www.youthclimatestrikeus.org/

Railroad Earth will be touring nationally in 2019 including stops at high profile festivals including Telluride Bluegrass Festival and Del Fest.  A new studio album is set for release in September 2019.