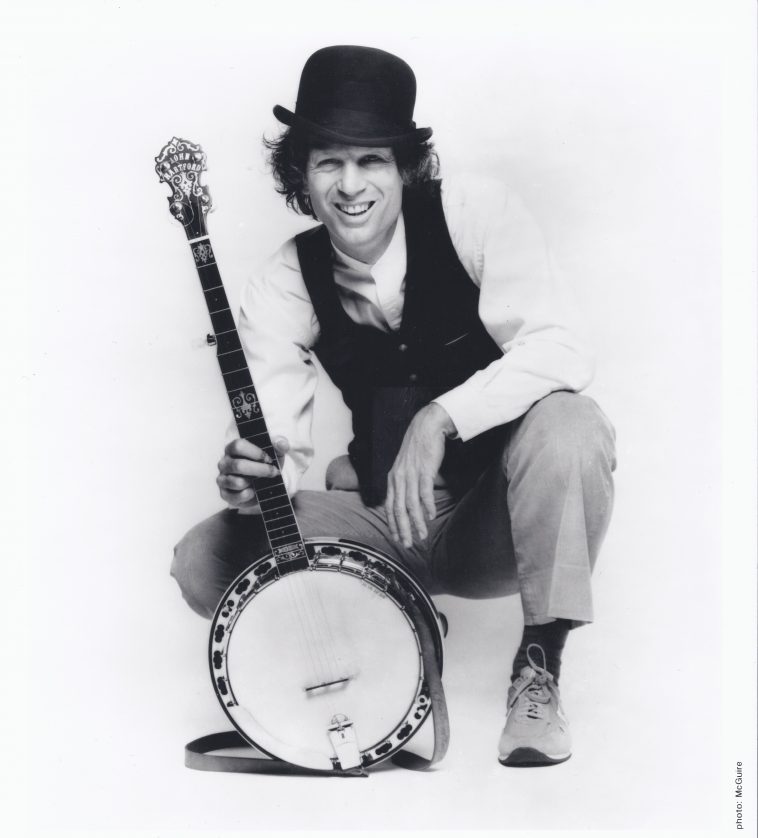 On June 26th, LoHi Records will release a very special album celebrating the life and lasting legacy of a true American original with On The Road: A Tribute To John Hartford. The collection brings together a diverse group of artists who represent a portion of those who grew from the seeds planted by Hartford over five decades ago. All net proceeds from On The Road: A Tribute To John Hartford will be donated to MusiCares in order to assist artists during this dire time as all live performances and touring has been halted, leaving an enormous percentage of artists and musicians with no source of income. Through the years, MusiCares has helped thousands in the music industry as a resource that covers a wide range of assistance during medical, financial and personal emergencies as well as human service issues that directly influence the health and welfare of the music community. Their support has never been more important than right now.

Along with “Gentle On My Mind”, two more tracks from the album have just been released. Listen to Sam Bush’s version of “On The Road”, which opens the album, and Leftover Salmon’s boisterous take on “The Category Stomp”.

As a master musician, author, singer, songwriter, steamboat pilot, dancer, calligrapher, disc jockey, folklorist and historian, John Hartford’s influence is immeasurable. He has won Grammy Awards in four different decades and as a true Renaissance man, his impact stretches far beyond roots music. His most enduring song, “Gentle On My Mind” has become a standard covered by everyone from Elvis Presley to Aretha Franklin. The song won four Grammys in 1967, two for Hartford as writer and performer and two for Glen Campbell for his version that has become a classic. Hartford became the vital link between traditional bluegrass and the progressive new style that would become a new genre referred to as Newgrass. He was a mentor and beacon for a new generation of artists and musicians. Hartford won his final Grammy for his contributions to the award-winning O’ Brother Where Art Thou soundtrack. His appearance on the subsequent Down From The Mountain concert was immortalized in the 2000 concert film. Those performances were bittersweet as Hartford was coming to the end of his long battle with non-Hodgkin’s lymphoma, which he would ultimately succumb to in 2001.

For so many artists and musicians, their career path is not a choice, but a calling. As fans, we receive so much from their music as it truly does become the soundtracks of our lives. From afar, artists’ lives seem so cool and carefree. While that may be the case for a small handful, the majority of artists’ careers do not come with medical benefits, sick leave, a 401k, paid vacation or any kind of security. Yet, their work gives us all so much, just like John Hartford.

Please support MusiCares and On The Road: A Tribute To John Hartford and help support artists in need now, and always.

For press information about On The Road: A Tribute To John Hartford, please contact Jim Flammia jim@alleyesmedia.com
at All Eyes Media (615) 227-2770

On The Road: A Tribute To John Hartford Artist Track Listing

Sam Bush – “On The Road”
Fruition – “Back In The Goodle Days”
Yonder Mountain String Band – “Holding”
The Infamous Stringdusters – “Gentle On My Mind”
Leftover Salmon – “The Category Stomp”
The Travelin’ McCourys – “No End Of Love”
Railroad Earth – “Delta Queen Waltz”
Keller Williams – “Granny Woncha Smoke Some Marijuana”
The Band Of Heathens – “Up On The Hill Where They Do The Boogie”
Todd Snider – “I Wish I Had Our Time Again”
Horseshoes & Hand Grenades – “Let Him Go On Mama”
John Carter Cash & Jamie Hartford (Feat. Norman Blake & Jerry Douglas) – “In Tall Buildings”
The High Hawks – “Waugh Paugh”
Greg Garrison – “Tear Down The Grand Ole Opry”
Danny Barnes – “On The Road”