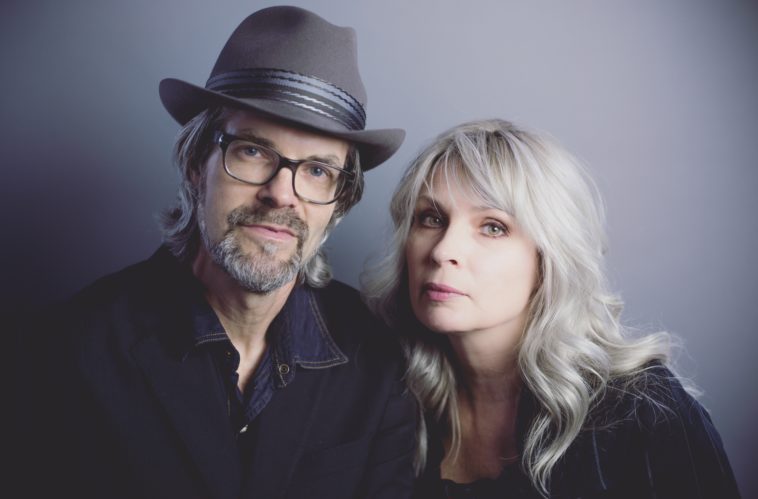 Acclaimed husband and wife duo Over the Rhine have announced the lineup for their fourth annual Nowhere Else Festival, which takes place from May 24-26 on their farm in rural Clinton County, Ohio, outside of Cincinnati. The intimate, artist-curated event will feature a weekend of music, art and conversation, and include performances by James McMurtry, John Paul White, Birds of Chicago, Leigh Nash and more. The weekend will also feature several performances by Over the Rhine & The Band of Sweethearts (Jay Bellerose, Jennifer Condos, Bradley Meinerding and Dan Dorff), as well as a VIP farm-to-table dinner and exhibits from painter Thomas Metcalf and National Geographic award-winning photographer Rodney Bursiel. Various artists and writers will host workshops throughout the weekend.

Linford Detweiler and Karin Bergquist (aka Over the Rhine) have remained a vital and relevant musical force for three decades, as they continue to deliver heartfelt music while expanding on an impressive community of loyal fans. Seeking to grow their career beyond album releases, the pair started Nowhere Else Festival in 2016. Now in its fourth year, the annual gathering has grown into a “musical family reunion” as the duo welcomes around 1,000 guests to the 20-acre farm they call home. Artists, writers and filmmakers fill the farm’s restored 1870’s barn with photography, paintings, ceramics and prints, and a variety of celebrated musicians perform throughout the weekend. Past participants have included Mary Gauthier, Loudon Wainwright III, Blind Boys of Alabama, Carrie Rodriguez and Joe Henry. View more info at www.nowhereelsefestival.com.

“After living much of the last 30 years on the road, we have been trying to figure out how to coax people to come to us. We have come to believe that if you want to sustain a music career in 2019 and beyond, you’re probably going to need to get pretty good at building community. We’ve been blessed with a rich community that has coalesced around our music, so it makes perfect sense to gather together on our farm once a year. People who attend the festival often describe it as ‘healing.’ We didn’t start a music festival with that in mind, but increasingly we are becoming aware that music and art and a healing process are often deeply connected.” – Linford Detweiler & Karin Bergquist

Over the Rhine has developed a reputation for creating genuine, thought-provoking portraits of the human experience with stunning instrumentation and smart, insightful lyrics. The duo celebrated their 30th anniversary of making music together with their 15th studio album Love & Revelation, which released earlier this year to widespread critical acclaim from press including Rolling Stone Country, American Songwriter, Paste Magazine, No Depression and more. Associated Press contends that the new songs coalesce into a “subdued but lovely celebration,” and Elmore calls Love & Revelation, “a work of arresting eloquence and heart- piercing honesty.” View more info and press highlights HERE.

For press information on Over the Rhine and Nowhere Else Festival, please contact Michelle Steele michelle@alleyesmedia.com or Donica Elliott donica@alleyesmedia.com at All Eyes Media (615) 227-2770