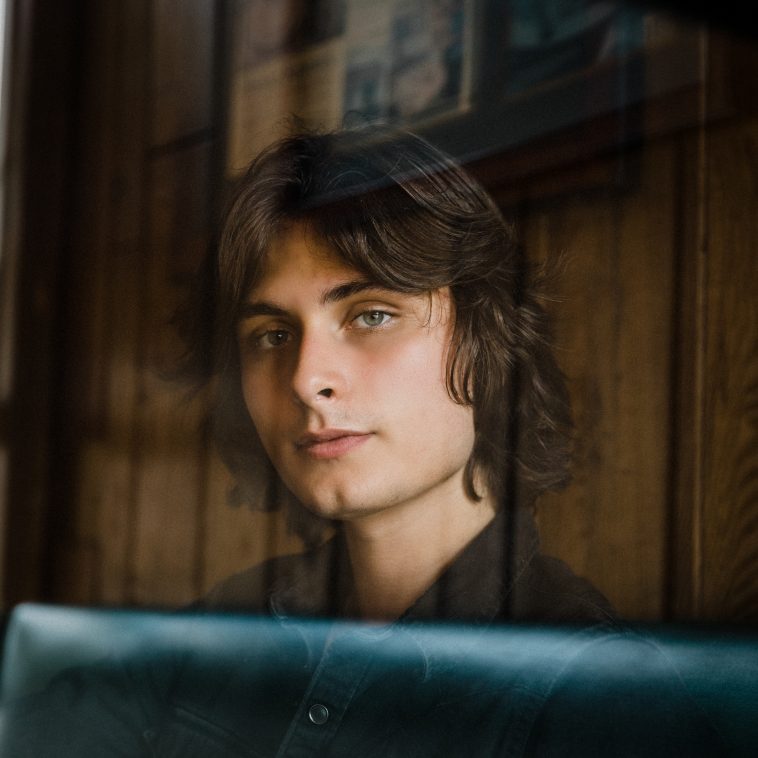 “Parker is like a country Elliott Smith” – Vincent Neil Emerson

“Parker Twomey reminds me of Kris Kristofferson. A man so humble and such a maniac genius.” – Paul Cauthen

Rising country-folk songwriter Parker Twomey will release his debut album All This Life on July 15 (PRE-SAVE). Recorded at The Echo Lab Studio and co-produced by Beau Bedford (Texas Gentlemen, Paul Cauthen) and Matt Pence (John Moreland, Jason Isbell, Justin Townes Earle), the 11-song album is the unveiling of a new artist with sky-high potential. Twomey (pronounced “Too-Me”) recently released the album’s first single “I’d Be Your Man” (HERE) and is now launching a second, the longing and upbeat Western “Counting Down the Days” (HERE).

The 21-year-old Dallas, TX native’s story is one of drive and vision. In high school, he began learning the ropes at local renowned studio, Modern Electric Sound Recorders (Leon Bridges, Jonathan Tyler, Texas Gentlemen), and at 18 was asked to join fellow Texan Paul Cauthen’s touring band as keyboardist and auxiliary guitarist. Recorded during breaks in Twomey’s touring schedule, All This Life is his newly realized yet road-worn worldview, confronting relationships, regret, and reflection as he experiences life as a traveling musician.

All This Life features a stacked deck of ace players who know their way around a rootsy, rock ‘n’ roll, country groove. Pence, who previously performed with Centro-Matic, is co-producer, engineer, and drummer. Bedford is co-producer and multi-instrumentalist, while members of the Texas Gentlemen and the Grand Ole Opry’s house band supply ample amounts of rhythmic pocket and sonic color. Throughout the album, the killer backing band balances with effortless power and energy, but it’s Twomey’s timeless and classic voice and vulnerable songwriting that are always in the spotlight.

Twomey is an old soul in a young body, a dreamer amongst pragmatists, and an artistic voice filling a void that the county-folk genre didn’t even know it had. Tour dates and additional information are to come.