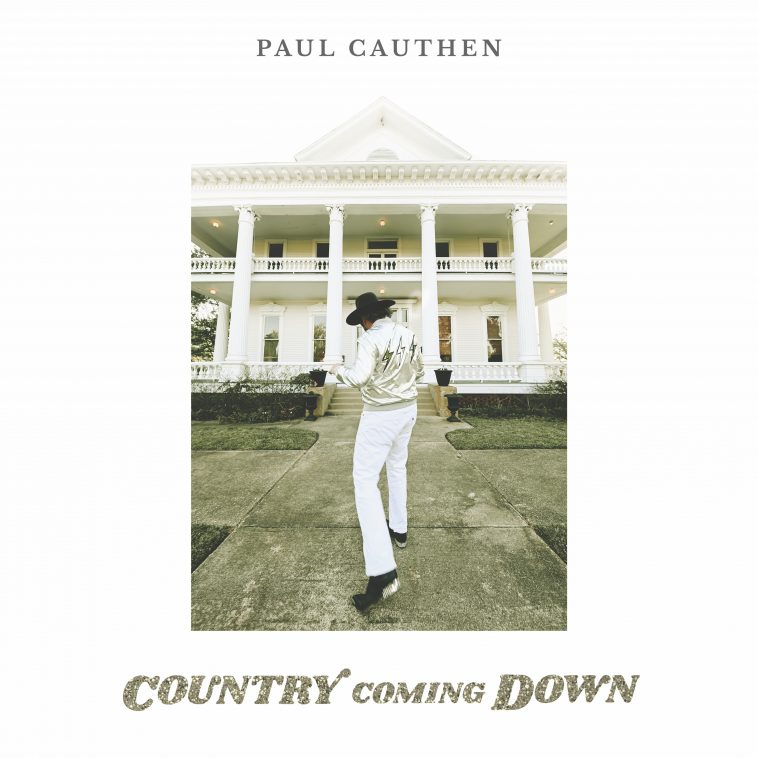 On April 1st, acclaimed singer/songwriter Paul Cauthen will release the bold Country Coming Down, his most brazen collection of new music to date. The album’s first single “Country As F–k” says it all right out of the gate with its honky-tonk meets night club vibe. The wild new video just premiered at Rolling Stone Country and is likely to start some conversations. View HERE.

Those already familiar with Cauthen are aware of the intelligent and articulate songwriter and natural performer that he is, with a baritone voice that goes straight to your core. His  acclaimed 2019 release Room 41 was a revealing and cathartic album, documenting a transformative period in his life marred by a break-up, substance abuse and depression. Country Coming Down is a complete 180 that finds the artist renewed with a heathy, confident and downright fun headspace.

The 10 new songs feature honest and brash themes that go from excess and hedonism to love and devotion, all rolled up in one album. Song titles that include “Country As F–k”, “F–k You Money”, “Champagne & A Limo” and “Country Clubbin’” offer a glimpse of what is to come.  Cauthen’s clever, sardonic humor and willingness to let it all fly shine brightly throughout the album. With all of that, Cauthen still finds the space for love and romance with the tender “Till the Day I Die”, a love letter to his wife, and the contemplative “Roll On Over”, where he takes stock of what really matters.

Cauthen pulls no punches here. The Texan takes some chances by showcasing a completely different side of himself. Then again, taking chances is pretty much the definition of what being an artist is. It is being unafraid to express, regardless of the reaction. With Country Coming Down, Paul Cauthen is offering just that.

Country Coming Down was mostly produced, performed and recorded by Beau Bedford, Jason Burt and Paul Cauthen at Modern Electric Sound Recorders in Dallas, TX. Additional recording and mixing was done in Nashville, TN and Fort Worth, TX.