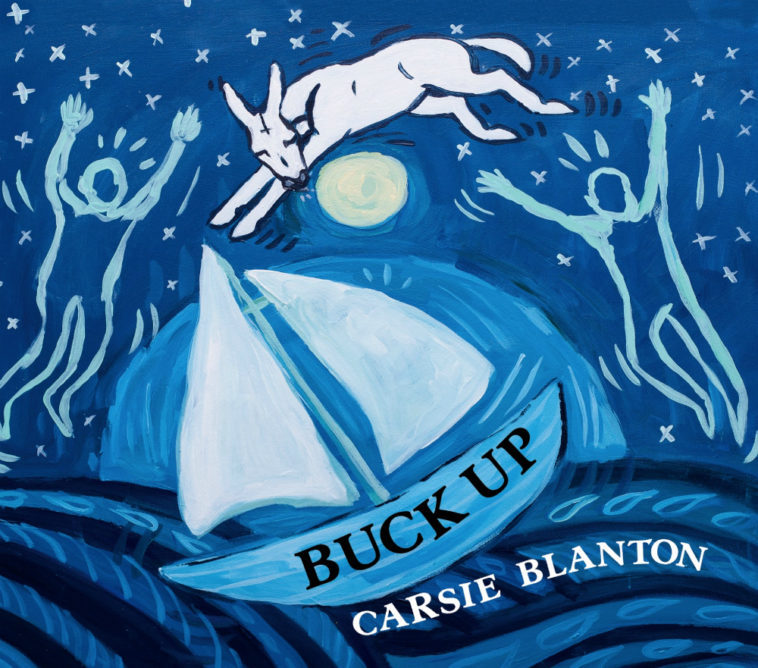 Carsie Blanton has been called many things- a provocateuse, a hedonist, a revolutionary. And though her art reveals itself in many forms, it’s her songwriting that draws people in. On Feb 15, 2019 Blanton releases Buck Up, an album that, though born out of disillusionment, insists upon beauty and sheer musical fun.

The inspiration for Buck Up struck Carsie post-election (11/2016) when as she puts it “America broke my heart, and then some scoundrel re-broke it.” The new album, which features Oliver Wood on the title track, is a collection of narratives flecked with grief but told through Carsie’s infectious swagger and razor-sharp wit, buoyed by her silvery vocals. The lyrical themes range from temptation in the track “Twister” to the current political climate in the standout “American Kid” to a showcase of Carsie’s cheeky humor in “Mustache” and unabashed sexuality in “Jacket”.  Combining the lush arrangements of Motown with the sawtooth edginess of a Tom Waits record, and performed with the charismatic vocals of a jazz chanteuse Buck Up reveals Carsie’s versatility and voracious musical appetite.

Currently making her home in New Orleans, Carsie Blanton has always been a little unorthodox.  Raised on a commune near Luray, VA, Carsie was unschooled until she left home for Oregon at the age of sixteen when she began songwriting. Her lifelong love of jazz, Motown, and classic songwriting led to a strict code for what makes a good song: hooks, humor, sex and soul. With an eclectic range of influences and inspiration that includes Fats Waller, Nina Simone, Dolly Parton, Chance The Rapper and Courtney Barnett, Carsie has created a genre-defying sound that matches her singular style.

A prolific creator, Carsie has also gained popularity for her blog, which tackles questions of love, the creative process and sexuality (click HERE) and her captivating music videos, which celebrate women, dance, and the city of New Orleans. (Click HERE for a sampling.) Most recently, Carsie’s song “So Ferocious” was featured in a powerful short film released by Planned Parenthood, which premiered via Glamour. (Click HERE to check it out.)

With Buck Up Carsie Blanton explores conflicts and convictions – both political and personal with enough heart, humor and insight to make even the most downhearted Buck Up.