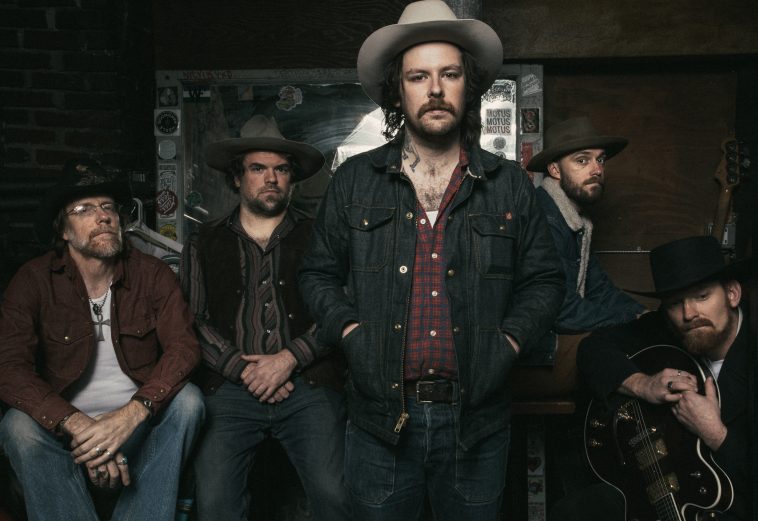 Nashville, TN – Shortly after announcing their much-anticipated sophomore album The Incredible Heat Machine, out October 15th (Mama Bird Recording Co.), TK & The Holy Know-Nothings are now sharing the dates for their headlining tour alongside a new music video for the album’s first single “Serenity Prayer”. The celebrated Portland band will take their *half-facetiously* self-described “psychedelic doom boogie” to venues throughout the US, starting September 15th at Schubas in Chicago and including a stop at AmericanaFest, Borderland Music Festival and an Indianapolis affair with Deer Tick and Cedric Burnside. After that, they head out on the road with JJ Grey & Mofro. For a full list of dates and to buy tickets, go HERE. Pre-order The Incredible Heat Machine HERE.

TK & The Holy Know-Nothings’ bar band ethos is embodied in the new music video for their groove-heavy first single “Serenity Prayer”, which you can watch HERE. The video, by Eric J. Loeffler and Aaron Curry, was filmed in a little shack-tavern in the yard of songwriter and lead vocalist Taylor Kingman’s childhood home.

The Incredible Heat Machine follows up the band’s 2019 debut Arguably OK and 2020’s B-sides EP Pickled Heat, which collectively introduced listeners to their distinct brand of unbound rock & roll infused with the strange, wide-open, outsider nature of Western country. TK & The Holy Know-Nothings amassed a devoted following as they performed sold-out shows throughout their home region and across the US. Like their last record, The Incredible Heat Machine was recorded live, with no overdubs, on stage at the OK Theatre in the quiet Eastern Oregon cowboy town of Enterprise.