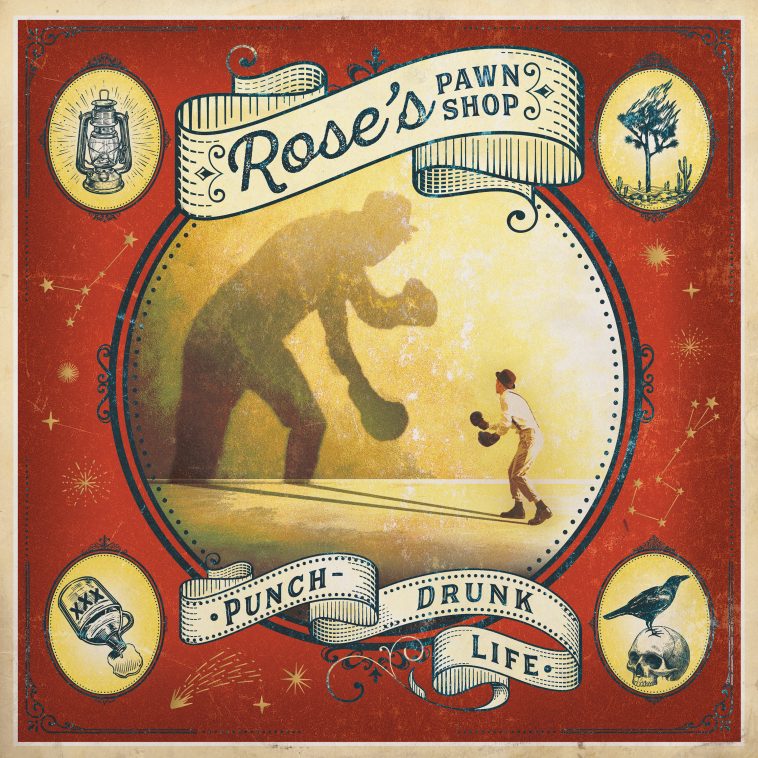 Modern roots-rock band Rose’s Pawn Shop releases their latest single “Fugitive” as they gear up to release their long-awaited new album Punch-Drunk Life on February 24 via KZZ Music.  With twangy notes surrounded by lush harmonies, “Fugitive” is a double entendre, recalling a metaphorical fugitive, trying to escape an emotional past. Frontman Paul Givant notes,  “The song operates in two spaces, a tale about an outlaw on the run and the human experience of hiding from deeper psychological forces and memories that haunt us.”  Listen to “Fugitive” HERE and via DSPS HERE. Pre-order Punch-Drunk Life HERE.

Rose’s Pawn Shop is celebrating the release of Punch-Drunk Life with a hometown  show at Hotel Café in Los Angeles on February 24th.   Tickets can be found HERE and on the band’s website HERE.  The band has been selected for the SXSW Music Festival in Austin, TX and will perform on March 16th and March 18th. Locations to be announced.

With Punch-Drunk Life, Rose’s Pawn Shop returns after a long absence from the recording studio. The group has evolved since 2014’s Gravity Well, which earned raves from Rolling Stone, GQ and others. Enduring lineup changes and the pandemic while also embracing marriage and family has built strength and spirit. It has also brought an expansion of their artistry and their audience, built show by show from the venues of Southern California to the fishing villages of Alaska to the mountain towns of the American Southwest.

Rose’s Pawn Shop features frontman /songwriter Paul Givant, guitarist/producer Zachary Ross, upright bassist Stephen Andrews, drummer Matt Lesser, and multi-instrumentalists Tim Weed and John Kraus.  With their fusion of bluegrass instrumentation and folk-rock amplification, the band have carved out an Americana sound that’s as diverse as their native Los Angeles. Punch-Drunk Life highlights their resilient journey, delivering songs with universal messages of courage and conviction. And like “Old Time Pugilist” says, “I can’t count every blow that knocked me down And the referees looking to see if I’m surrendering.  But I’m climbing up the ropes I’m still contending in this ring.”