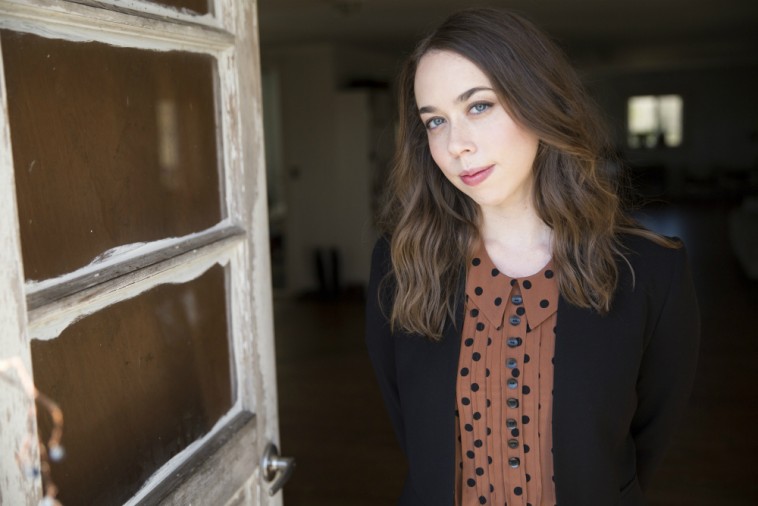 GRAMMY-nominated singer/songwriter/multi-instrumentalist Sarah Jarosz has announced 2016 tour dates in support of her upcoming album, Undercurrent. The new album, which will be released on June 17th via Sugar Hill Records, was co-produced by Jarosz and long-time collaborator Gary Paczosa. In contrast to her previous work, Undercurrent features a newfound confidence and a more minimalist production, focused on Jarosz’s upfront vocals and most personal songwriting to date.

Jarosz’s 2016 tour dates kick off in her home state of Texas where she’ll play Dallas on April 14th, the Old Settler’s Music Festival on April 16th and Houston on April 17th. Jarosz will celebrate the release of Undercurrent in Los Angeles with two album release shows at the famed Troubadour on June 16th and McCabe’s Guitar Shop on June 17th. Following the California dates, Jarosz will travel to Washington, DC where she’ll perform as part of Chris Thile’s American Acoustic Show at The Kennedy Center on June 24th with her band I’m With Her (Click HERE for details.) Jarosz will headline the Bowery Ballroom on June 27th followed by The Sinclair in Cambridge on June 28th. On Friday July 1st, Jarosz will join Garrison Keillor and many of his other duet partners for A Prairie Home Companion at The Hollywood Bowl in Los Angeles, CA. Other dates include Louisville’s Forecastle Festival on July 16th and a UK tour in November. A full list of tour dates can be found at the bottom of this release.

Joining Jarosz on the road will be musicians Jedd Hughes and Jeff Picker. A co-writer on “House of Mercy” and long-time touring band mate of Sarah’s, Hughes will play electric and acoustic guitars and provide harmony vocals. Bassist Jeff Picker’s unique blend of folk, western swing and jazz influences has made him a highly in-demand player and exciting, creative voice in the Brooklyn roots music scene.

Undercurrent reflects the unique way Sarah Jarosz combines her early roots-based background with new influences stemming from living in NYC, and her diverse group of musical friends and colleagues, many of whom are reflected in her 2016 tour collaborations. The Austin American-Statesman wrote of her recent SXSW performance, “Grammy-nominated Jarosz is a string instrument prodigy, a heart-rending writer, and the owner of a clarifying, powerful voice. Her set was poised and flawless…”. Sarah’s previous album, Build Me Up From Bones, received praise from a variety of press outlets including The New York Times, New York Magazine, NPR, LA Weekly and USA Today, and she also performed on CONAN and The Late Late Show with Craig Ferguson.