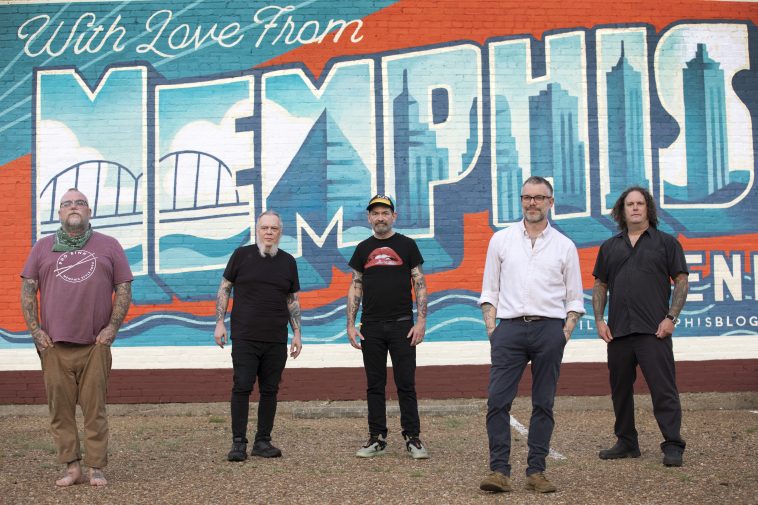 Today, celebrated rock/alt-country group Lucero releases their 10th studio album When You Found Me (Liberty and Lament/Thirty Tigers). Lucero reunites with Grammy Award winner Matt Ross-Spang (Jason Isbell, Margo Price, Drive-by Truckers), who produced their 2018 acclaimed effort Among The Ghosts. When You Found Me was recorded in the band’s hometown of Memphis, TN at the historic Sam Phillips Recording Studio. Listen to When You Found MeHERE.

Magnet premiered the band’s newest single “Back In Ohio,” a raucous foot stomper written about the incredulous true story of William Morgan from Ohio, who fought alongside Cuban rebels to help them win the Cuban Revolution.  Lucero frontman Ben Nichols directed the lyric video about this colorful character; watch HERE.

When You Found Me finds Nichols lyrically turning his musings on family and relationships into striking tales while the band turns up big classic rock sounds. Building on the strength of Lucero’s past releases, Nichols and bandmates Brian Venable (guitar), Roy Berry (drums), Rich Steff (keyboards) and John C. Stubblefield (bass) continue to grow their sound with deeper rhythms and textures. Nichols’ long-time fondness for film soundtracks likely contributed to the album’s feel as well, as the band has also recorded music for every movie made by Ben’s brother, acclaimed filmmaker Jeff Nichols, whose credits include Loving, Mud, Midnight Special, and Shotgun Stories.

After twenty years, Lucero continues to grow their sound and storytelling prowess, mixing echoes of early rock and roll, classic punk, country-folk and deep-friend Southern soul with heartfelt lyrics. NPR Music claimed, “While Lucero had nothing to fix, they still managed to build upon what’s become one of rock music’s strongest foundations…It’s the loving, craftsman-like work of the rare kind of band with enough spirit to fill an arena, but with its heart planted firmly in the garage.” With When You Found Me it is clear that Lucero has earned their rightful place in the annals of Southern Rock musical heroes.

While the current pandemic has kept them off the road, Lucero will return to deliver their powerhouse sound with socially distant shows in Tennessee. Performances are March 26 at The Caverns Above Ground Amphitheater in Pelham and September 29 at the Ryman Auditorium in Nashville. For info, visit www.luceromusic.com.