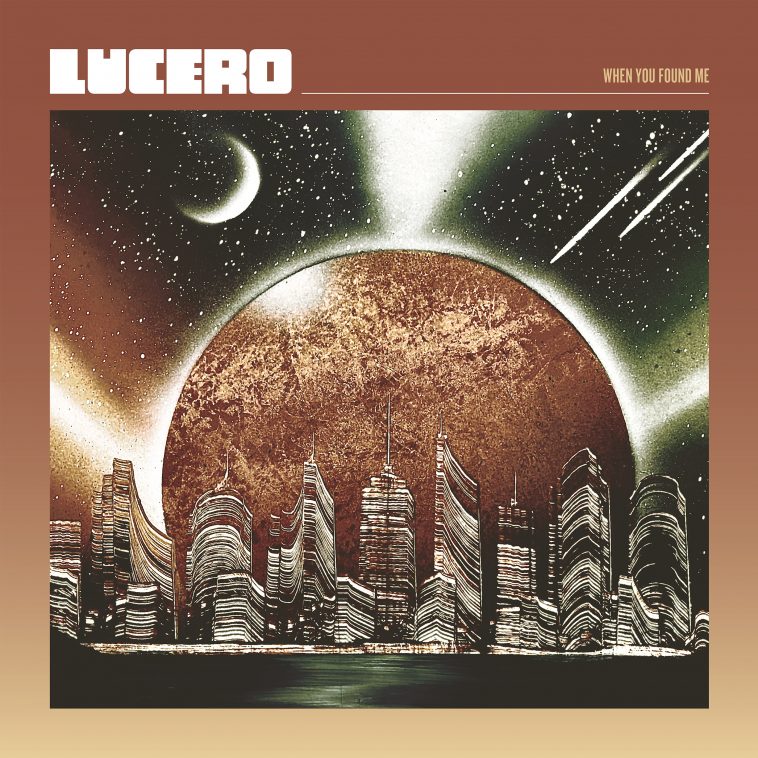 Acclaimed rock/alt-country quintet Lucero is gearing up to release When You Found Me on January 29, 2021  (Liberty and Lament/Thirty Tigers). Lucero reunites with Grammy Award winner Matt Ross-Spang (Jason Isbell, Margo Price, Drive-by Truckers) who produced their 2018 acclaimed album Among The Ghosts.  When You Found Me was recorded in the band’s home town of Memphis, TN at the historic Sam Phillips Recording Studio. Listen to intense first track “Outrun The Moon” HERE.  Pre-order When You Found Me HERE.

When You Found Me finds Lucero founder Ben Nichols lyrically ruminating on family, while the band continues to evolve musically after 20 plus years. When You Found Me finds the group tapping into a more atmospheric widescreen vision, while expanding on their sound with heavier rock sonics. The use of keyboard player Rick Steff’s extensive collection of vintage synthesizers conjures an aural world of classic tracks with a firm foot in the present. Nichols, Steff and bandmates Brian Venable (guitar), Roy Berry (drums) and John C. Stubblefield (bass) uphold the urgency of past Lucero releases, while moving forward in both sound, writing and texture.

Opening track “Have You Lost Your Way” resembles an adult version of  Little Red Riding Hood, as Nichols channels the bedtime stories he reads to his daughter. “Outrun the Moon” continues the third person narrative, as the protagonist is a young girl running away from an uncertain future. “Coffin Nails” tells the story of Nichols’ grandfather dealing with the death of his own father, a veteran of World War 1. “Back in Ohio” is a raucous foot stomper, written about the incredulous true story of William Morgan from Ohio, who fought alongside Cuban rebels to help them win the Cuban Revolution.

The final song on the album, “When You Found Me,” is the bookend, bringing Lucero’s story full circle on a record that begins with “Have You Lost Your Way.” Nichols says, “I’m not sure how much longer I would’ve been around if it wasn’t for my wife and daughter and the family I have now,” Nichols says. “I feel like they saved me, and they keep saving me every day.”

For over two decades, Lucero has made their mark as a hard-working band, mixing heartfelt lyrics with the sounds of early rock and roll, classic punk, country-folk and deep-friend Southern soul. They have delivered their powerhouse sound night after night to legions of fans across the country, providing adrenaline-charged shows in a communal atmosphere. With When You Found Me it is clear that Lucero has earned their rightful place in the annals of Southern Rock musical heroes.