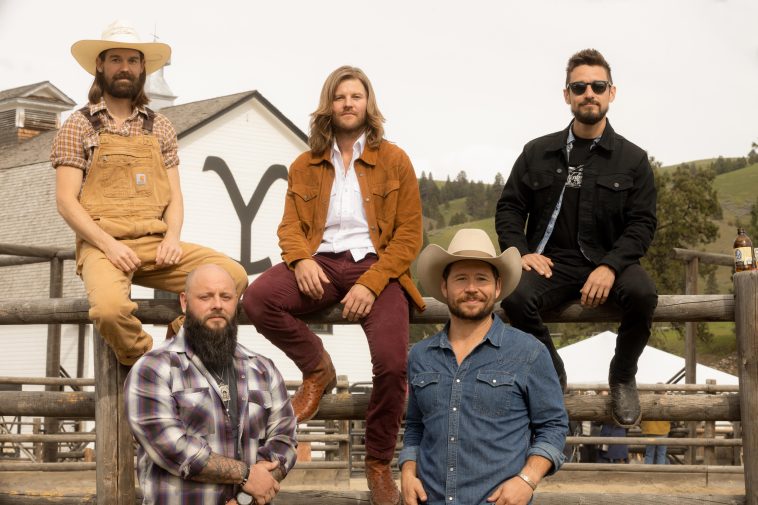 Austin, Texas-based band Shane Smith & The Saints performed live on the Season 5 opening episode of Paramount’s acclaimed series Yellowstone on November 13th, in which three of their songs were featured.

The celebrated quintet was the featured entertainment during a scene that took place at a party thrown for the main character, John Dutton (played by Kevin Costner). The band performed their song “Dance the Night Away” (off their 2013 debut album Coast) and their new single “Fire in the Ocean,” which was recently released via Thirty Tigers/Geronimo West on October 14th (Listen HERE).

The group’s 2013 track “Alex” (off Coast) was also featured during a scene in the same episode. Smith and company have been big fans of Yellowstone since it began and were excited when their song “All I See Is You” was chosen to be used in two episodes during Season 4. Needless to say, they were overjoyed to be asked to actually appear on the show. “We’ve worked so hard for such a long time without opportunities like this, so we’re just beyond grateful,” Smith says. “It’s been a lot to take in.”

Shane Smith & The Saints have made a name for themselves as road warriors, playing over 100 shows annually to capacity crowds. Their passionate fans help turn their live performances into communal gatherings among friends. Their sound blends key elements of Texas country, Americana, and Southern rock with soaring four-part harmonies. With three albums under their belt since 2013, the group focuses on quality over quantity in regard to their output, and it resonates with their audience. The independent spirit of Shane Smith & The Saints shines in everything they do. With their DIY ethos, they have created something special on their own terms.

For a full list of Shane Smith & The Saints tour dates, visit ShaneSmithMusic.com