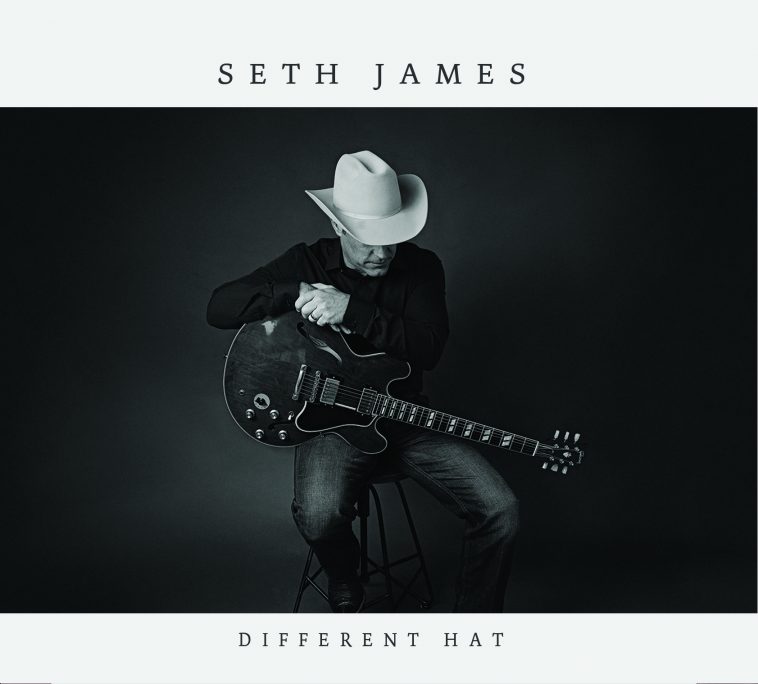 Texas singer/songwriter/guitarist Seth James announces the August 27th release of his new album Different Hat (Tiny Ass Records). The new collection is a musical gumbo of Texas blues, R&B, rock, country soul, rootsy funk and more. James’ signature sound defies pigeonholing with an eclectic style that is on full display with Different Hat, an appropriate title for an artist who blends so many varied styles. On the Stax-inspired new track “World Full Of Stranger”, James touches on the challenges of reacquainting with each other following the last year apart. Listen HERE.

James is a true testament to the idiom ‘what you see isn’t always what you get’. How can a life-long working West Texas rancher, donned in cowboy hat and boots, authentically embody the rock, soul, R&B and blues stylings of an artist one might think came from a city such as  Detroit, Chicago, New York, New Orleans or Memphis? He digs. Isolated on his family farm with no radio while growing up, James dug up the records of Muddy Waters and Lightning Hopkins – then Booker T. & the MGs, NRBQ, Delbert McClinton and so many more. They all laid the foundation that James built on. Ultimately, he found his musical identity and established himself as a force through his soulful vocals, songwriting and virtuosic guitar playing.

On Different Hat, James runs the gamut from tackling the last year of isolation in “World Full of Strangers” and his bluesy take on Fort Worth folklore in “Please Linda Lou” to his quiet prowess as an interpreter in “Ohoopee River Bottomland” to the seductive album closer, “Real Bad Deal” – the first time James has omitted his guitar on one of his recordings.

A large grassroots following has been hip to James for years as he has shared the stage with artists ranging from Percy Sledge to Buddy Guy to ZZ Top. The miles logged and music played have given James the self-assurance to remain true to oneself as an artist regardless of the current trends and flavor.