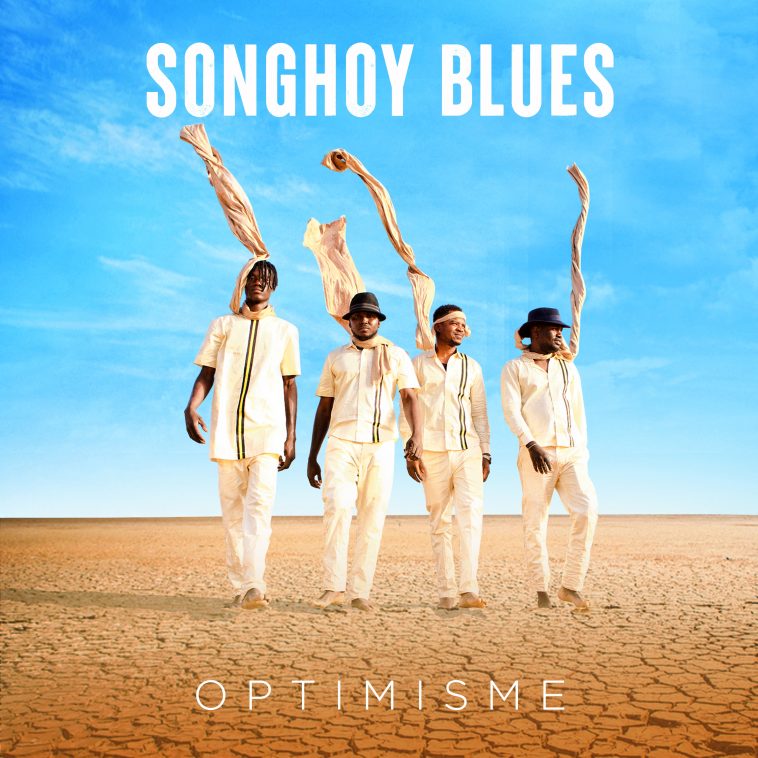 Celebrated Malian rock band Songhoy Blues has released the music video for “Badala”, the fiery single from their critically acclaimed new album Optimisme. “Badala” (Songhai for “I don’t give a fuck”) tells the story of a young woman breaking free of a patriarchal relationship, shaking off old norms and pursuing her own path. Conceived by the band and directed by previous collaborator Mr. Haidara, the video was shot on location in Bamako, Mali and features dancers and models from the local scene, plus a biker gang, who literally steal the show. Watch the music video HERE.

The video, like the song, represents a new and authentic voice emerging out of Africa. The band’s virtuosic lead guitarist, Garba Toure, says of the clip, “’Badala” is a video that we have dedicated to the freedom and validation of the young. We encourage you to watch the video and share your experiences of freedom and validation in 2020 to inspire others”. “

Optimisme has enjoyed an incredibly enthusiastic response from the press and beyond following its October 23rd release on Fat Possum Records, striking a unique and hopeful chord in a year full of unique challenges. Having already lived through civil war and sharia law in the past decade, the band most recently experienced a military coup d’etat in Mali this fall, compounding an already tenuous struggle to pursue their dreams. They have risen to the challenge with even greater purpose. For Songhoy Blues, this album and its title (French for ‘optimism’), represent a message of hope, persistence and triumph in the face of it all. The group’s dynamic and contagious messages, melodies and rhythms are accessible and relevant far beyond the borders of Mali.

In addition to recent standout performances on the Planet Afropunk and iVoted Festivals, plus live sessions for NPR World Cafe and KEXP, Songhoy Blues remain very active through the end of 2020. Upcoming events include a feature segment on NPR Morning Edition; an appearance on The Late Show With Stephen Colbert’s Play At Home online series; a featured performance on the Playing for Change Festival, and a mini-concert on Twitch Prime, to be followed by an exclusive live EP on Amazon Music this December.

“Some of the most pissed-off protest rock right now is coming from outside the United States. Case in point: Malian band Songhoy Blues…”
– Rolling Stone

“Even while calling for resistance against oppression, they’re still able to infuse their work with upbeat, jubilant rhythms and indie-dance guitar arrangements.” – Consequence of Sound

“What would you get if Jack White and Afrobeat legend Fela Kuti showed up at Junior Kimbrough’s juke joint to jam? Something like Songhoy Blues, and electrifying rock quartet from Mali…it’s some of the best sounding protest rock you’ll hear in 2020.” – Garden & Gun

“This is resistance music…they call for the empowerment of women, they promote joy as weapon of resistance and not violence and that’s what this music is for them.” – NPR Music

“…there’s a real energy and a real sense of optimism…if you like hard rhythm sections, if you like really great guitar solos, this record is going to hit you right where you live and breathe” – Uproxx’s Indiecast

“Songhoy Blues produce some of the raunchiest, edgiest rock to come out of Africa…their energetic live sound has finally been captured on tape.”
– Guitar World

“…while adored in their homeland and a favorite to world audiences, this project, ‘Optimisme’, may spread their influence even further.”
– Glide Magazine

“SB makes some of the most vibrant, life-affirming music on the planet.“
– Big Takeover

…with ‘Optimisme’, their joyous expression of experience transcends earthly personal statement and rises to the realm of akashic.”
9/10 – Music Connection