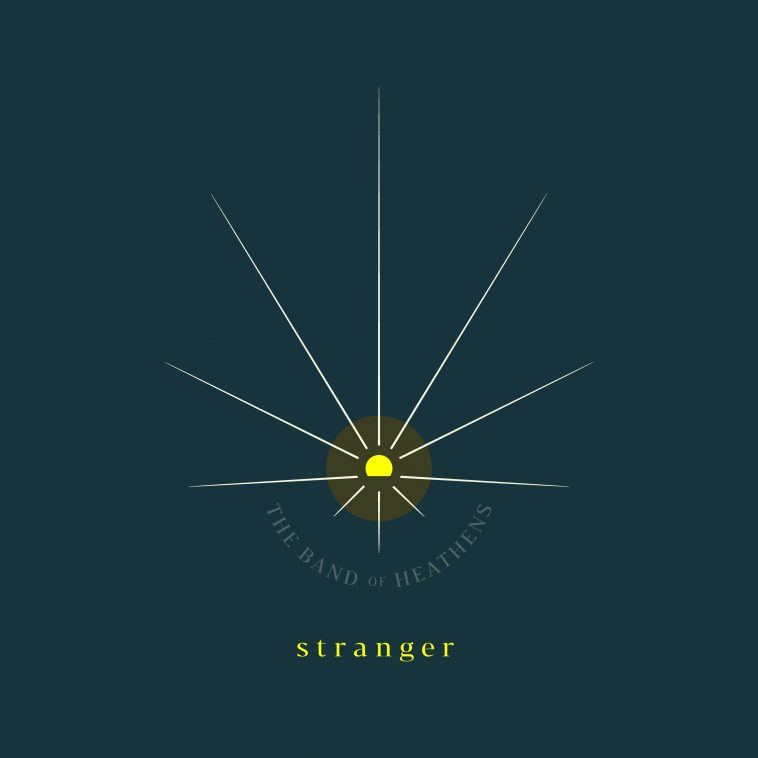 Austin’s The Band of Heathens return with Stranger, their most inventive release to date, on September 25.  The follow up to 2017’s critically acclaimed Duende, the band recorded this neweffort in Portland OR with producer Tucker Martine (The Decemberists, My Morning Jacket, Modest Mouse). New track “Today is Our Last Tomorrow” is a sardonic take on the divisive nature of media. “I heard it on the news, a version of the truth, was it fact packed or fiction and fable?” begins the song, and the creative video parodies the sentiment with caricatures of world leaders, politicians and media figures.  LISTEN/WATCH HERE.

“This song is about our obsession, both as a culture, and within the media, with doom and gloom,” says co-founding member Ed Jurdi.  “If you’re watching the network news channels, it seems like the world is literally going to end once or twice a week.  They’re constantly fanning the flames of our divisions and shortcomings, with hardly a mention of the daily triumphs and victories.”

The album title references the famed existential Albert Camus novel and Robert Heinlein’s sci-fi classic Stranger in a Strange Land, but it also touches on the “strangers” who make up the band’s loyal fan base and who continue to support the band during this period with all touring canceled.  In lieu of live shows, the band has been spending four nights a week live-streaming personal private concerts to fans, and one night a week publicly live-streaming with the whole band “Zooming” in from their respective homes in California, Texas, North Carolina and Tennessee.  Co-founder Gordy Quist notes, “At first it seemed very strange until these walls started coming down and we realized how connected we are by the fabric of music.”

With Martine at the helm, Stranger emphasizes songcraft and intricate arrangements set in a spacious sonic landscape that reinvents the band’s sound.  The songs teem with the emotion borne of personal experience, as has been The Band of Heathens’ method from the very start. Stranger moves off into a new place, but still echoes the group’s artful songwriting and multi-layered narrative observations.Martine’s influence amplifies the unique voice that The Band of Heathens has created throughout their celebrated career, making Stranger their most engaging release thus far.

The album kicks off with the groove, funk sound of “Vietnorm,” moving into the British Invasion-by-way-of the Everly Brothers vibe of “Dare.” “Black Cat” was inspired by the real-life adventures of a Portuguese immigrant to New York City at the turn of the century. The gorgeous harmonies on ballad “Call Me Gilded” echo the quiet nature of love. “Asheville Nashville Austin” celebrates the band’s traditional country influences and musical journey.The Band of Heathens continue to touch on the quest for truth on “Truth Left.”

Although a 45 date nationwide tour in promotion of Stranger is booked for the fall, the band realizes the uncertainty due to Covid-19 in the music industry and that re-opening nationwide is a real concern. Whether it is live or via the screen, Band of Heathens are committed to reaching their fans and bringing more “strangers” in as friends.