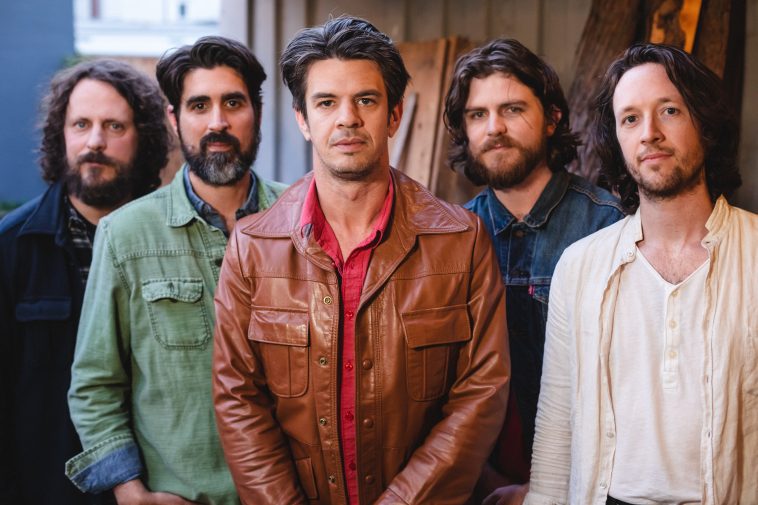 Today, acclaimed Austin group The Band of Heathens released their latest track “South by Somewhere” from their upcoming album Stranger, out September 25. “South By Somewhere” captures the undeniable feeling to go your own way under any circumstances. The video, reminiscent of a film trailer, echoes that sentiment, framed through the lenses of 70s and 80s road films.  LISTEN/WATCH HERE, and pre-order Stranger HERE.

About the song, co-founding member Ed Jurdi said, “In a time when the voice of the chorus drowns out the individual, it can be hard to search and find an independent path and a unique voice.  The quest to find one’s inner inspiration, bring it to the surface through expression and to feed and nourish that fire, in the face of any obstacles. To seek and explore the road that splits off of the road less traveled.”

Director Justin McWilliams first listened to Stranger, while driving from Los Angeles to Lake Tahoe at the beginning of quarantine in March. He said, “’South by Somewhere’ immediately stood out. The themes of wanting to escape the present, but being unsure of where to run, were especially resonant as I listened while fleeing LA. I knew the characters in the video had to be on the move. I wanted the visuals of the video to feel classically cinematic and heightened, like the New Hollywood films of the 70s and 80s. While not a strict period piece, I wanted the design of the video to feel similarly reminiscent of those decades.”

While unable to tour, The Band of Heathens is extremely active online with a weekly Tuesday livestream called the Good Time Supper Club. Each livestream features a special guest; Margo Price, Ray Wylie Hubbard, Hayes CarllandTodd Sniderhave joined the band thus far. Next up is Bruce Robison on August 18.  Check out the livestreams here: https://bandofheathens.com/live/

The Band of Heathens recorded Stranger with Tucker Martine (The Decemberists, My Morning Jacket) in Portland, OR.  With Martine at the helm, Stranger emphasizes songcraft and intricate arrangements set in a spacious sonic landscape that reinvents the band’s sound.  The songs teem with the emotion borne of personal experience, as has been The Band of Heathens’ method from the very start. Stranger moves off into a new place, but still echoes the group’s artful songwriting and multi-layered narrative observations.Martine’s influence amplifies the unique voice that The Band of Heathens has created throughout their celebrated career, making Stranger their most engaging release thus far.