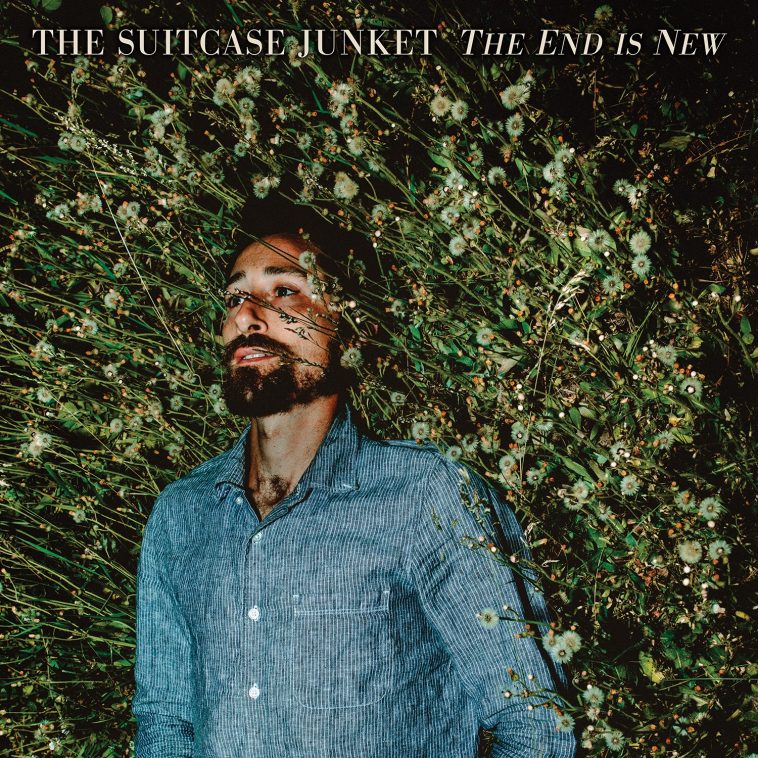 The End is New, the compelling new album from The Suitcase Junket, is set for release on November 20 via Renew Records/BMG. The Suitcase Junket is the moniker for multi-instrumentalist Matt Lorenz, who crafts or salvages most of the instruments that he performs live and on the album. Aided by production from Steve Berlin of Los Lobos, The End is New is musically diverse and lyrically dense with meaning. First track “And Then There Was Fire” is a soulful ode to environmentalism, a fight that Lorenz holds dear. Listen to “And Then There Was Fire” HERE.

The Suitcase Junket categorizes The End is New as “doom folk.” Lorenz says, “I told Steve (Berlin) I wanted to make a doom-folk record. That’s what I’d started calling my music when people asked. Neither of us knew quite what that meant at the time, but I think we found out with The End is New. There’s a heavy mix of hope and desperation in the sound and lyrically I was trying to be a mirror to society using truth, myth, confessions and stories.”

The End is New is a captivating collection of 11 songs, with thoughtful lyrics enhanced by searing sounds and epic musicianship. “Black Holes and Overdoses” captures the numbness encountered as we drudge through the unrelenting news cycle, driven by a fierce, rocking blues beat.  The haunting “Light a Candle,”  featuring J Mascis on guitar, depicts the utter despair and helplessness of coping with loss. “Can’t Look Away” protests the politicization of climate change, speaking to personal responsibility. A true songwriting statement, The End is New finds the artist expanding his possibilities with the narratives of his imagination.

Lorenz tours extensively and plans to be back on the road for a waylaid release tour for The End is New in 2021. Lorenz is also a visual artist. In the early years he designed all The Suitcase Junket album art and merchandise and made the music videos generated with his songs. He continues to create the visuals for merchandise, and to produce some of his videos, now with collaborators. He gets very excited about coffee, gardening, bees, dogs, birds, mushrooms, tinctures, making his own wine and maple sugaring season.