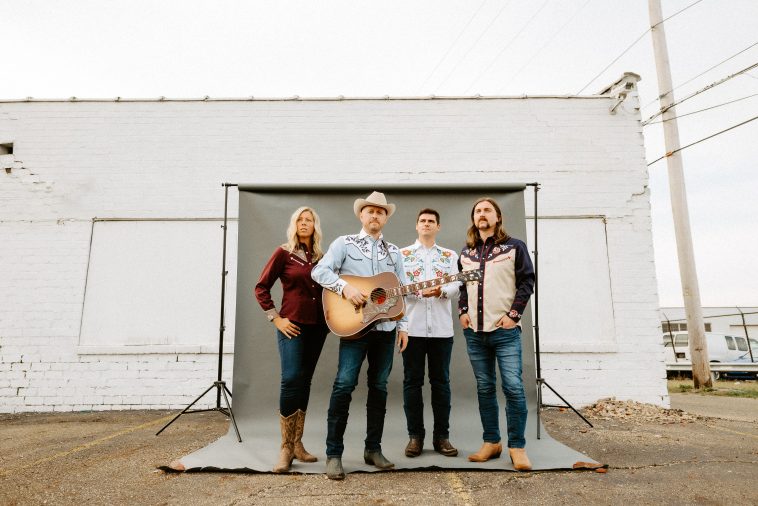 The Shootouts are releasing a new single “I’ll Never Need Anyone More” featuring Raul Malo – listen here. The track, premiered by Holler, is a preview of their forthcoming album, Stampede, which is out on February 24 via Soundly Music (pre-save here). In addition to new music, the country-roots group announced they will make their debut performance on the Grand Ole Opry on February 24.

In the newly released song, lead singer/guitarist Ryan Humbert desires a momentary salve, not big-picture answers, while celebrated singer Raul Malo provides warm harmony vocals during the chorus (“I’ll never need anyone more, than I need you tonight”). Holler describes the song’s aesthetic: “A silky-smooth, early-80s influenced jukebox classic that mines the creamy country soul of the Urban Cowboy era with its Bellamy Brothers harmonies, and nods to the softer side of Ronnie Milsap and Johnny Lee.” “I’ll Never Need Anyone More” was written by Cleveland music legend Michael Stanley, who passed away in 2021. The Shootouts previously released two additional singles – “Better Things to Do” (featuring Marty Stuart) and “Run For Cover” – from their forthcoming album.

Stampede came as a surprise to the band. Only months after the April 2021 release of their Top 10 Americana Radio album Bullseye, The Shootouts received word that legendary singer Ray Benson would produce their next album and they quickly headed back into the studio. In addition to production duties, Benson and members of Asleep at the Wheel contributed to the song “One Step Forward.”

Additional appearances include the cream of the Americana music crop: the aforementioned Raul Malo of The Mavericks, Marty Stuart (“Better Things to Do”), Jim Lauderdale (“Tomorrow’s Knockin’”), and Buddy Miller (“Anywhere But Here”).

The Shootouts’ sound is reflective of their Northeast Ohio Rustbelt roots, steeped in many familiar things but still its own: an energetic fusion of Americana, honky tonk and Western swing that Shootouts fans often refer to as “country music for people who don’t like country.” And while their hometown of Akron, Ohio – the city that produced the Pretenders, the Black Keys, and Devo – isn’t a place normally associated with country music, these influences are as integral to their sound as those of the country music greats.

The Shootouts are lead singer and guitarist Ryan Humbert, vocalist Emily Bates, lead guitarist Brian Poston, and bassist Kevin McManus. They will take their high-energy stage show on the road with a just-announced full-scale spring 2023 tour in support of Stampede.

Upcoming 2023 Shootouts tour dates are below and can be found here: