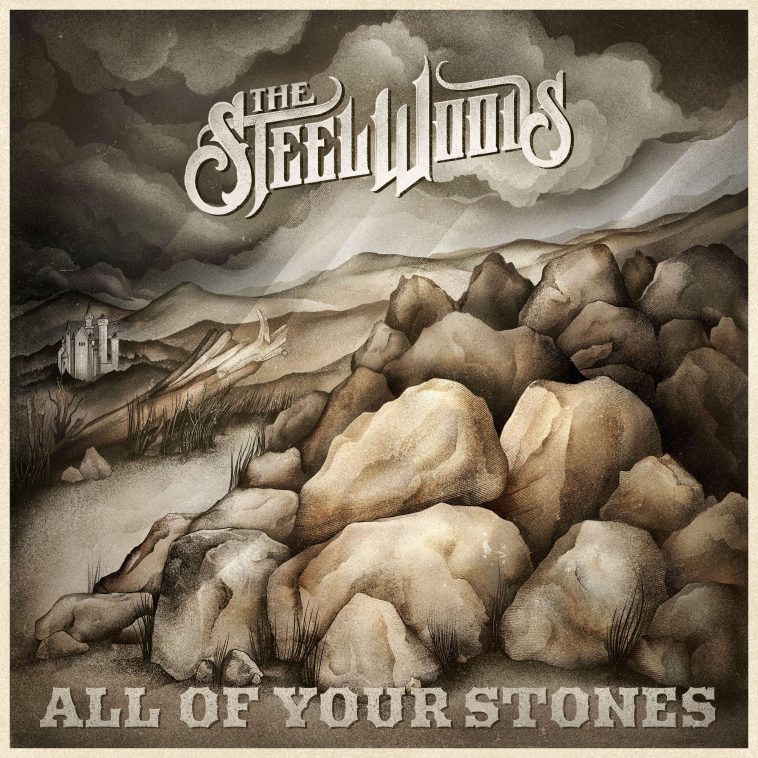 On May 14th, acclaimed rock band The Steel Woods will release their highly anticipated album, All Of Your Stones (Woods Music/Thirty Tigers). The Steel Woods’ third release is their strongest and most substantive work to date, and the group has been proud and excited to put it out into the world. However, their triumph was immediately followed by tragedy when co-founder and leading light Jason “Rowdy” Cope passed away unexpectedly in his sleep on January 16th. The cause has yet to be determined. The autobiographical title track, written by Cope, lead singer Wes Bayliss and Jamey Johnson, is an inspirational song about harnessing negativity and creating something positive with it. Listen to “All Of Your Stones” HERE.

Cope’s loss has shaken the band’s passionate fanbase and the music community at large. The 42-year-old guitarist/songwriter/producer was loved by many. His superb playing can be heard on albums by artists that include The Secret Sisters, Lindi Ortega, The Oak Ridge Boys and Jamey Johnson, who he played with for nine years. The surviving members of The Steel Woods – Bayliss, bassist Johnny Stanton and drummer Isaac Senty – and Cope’s family made the difficult decision to move forward with band and release the album. Everyone who knew Cope knows that it is exactly what he would have wanted.

The album’s fiery opening track “Out Of The Blue”, written by Cope and Aaron Raitiere, is about perseverance and not being tethered to the past. The bluesy “You Never Came Home” features guttural, haunting vocals by Bayliss as the band builds to a mighty crescendo. The Steel Woods paid homage to Black Sabbath with a cover on each of their first two albums. This time they give a nod to their Southern rock forebearers with an intensely soulful rendition of Lynyrd Skynyrd’s “I Need You”, featuring Ashley Monroe. Bayliss’ sentimental track “Ole Pal”, about longing for a long-lost dear friend in a small-town backdrop, takes on an entirely new feeling in the wake of Cope’s passing.

All Of Your Stones will serve as a tribute to the heart, soul, love and vision Jason “Rowdy” Cope put into The Steel Woods. The album is unquestionably his magnum opus. While The Steel Woods will work hard move forward, Cope and his bandmates have never shined brighter than on this final document of this chapter of The Steel Woods. Cope’s music and spirt will live on.

Pre-order All Of Your Stones HERE