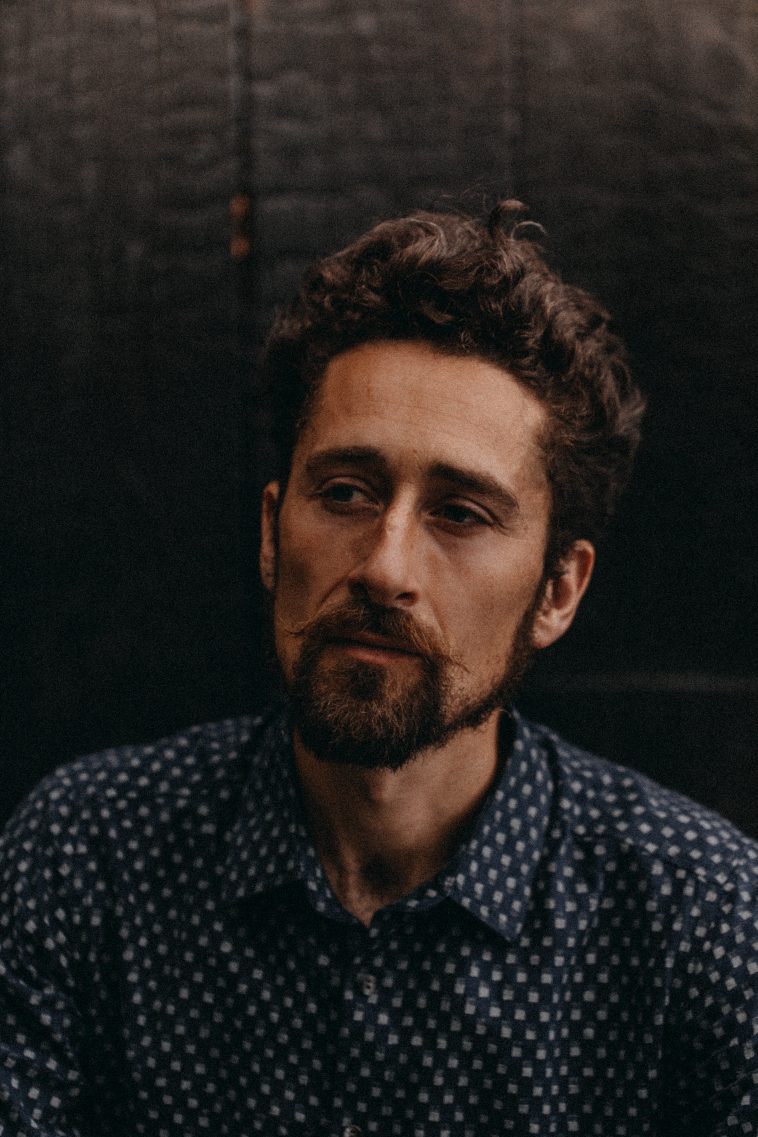 From Matt Lorenz / The Suitcase Junket:
“I loved working with director Josh Arnoudse on this. Our initial concept for this video was relatively simple; a lyric-based piece that highlighted the intensity of the solitude created by modern media. The technical approach gradually grew more and more complex until it was almost like we were making two videos simultaneously; the one that is featured on the TV in the foreground and the one that is in constant flux in the background. The over- the-top near-constant action serves to embody the relentlessness of the news cycle and the seemingly bottomless abysses that you can find on the internet.”

The End is New finds the artist expanding his possibilities, collaborating, matching his lyrical power over eleven tracks with the epic sounds and narratives of his imagination. Producer Steve Berlin says, “Most of the time making records for a living is both fun and edifying, but every once and a while I get rewarded with a simply superlative experience, and making The End is New was certainly one of those.” He adds, “We had a blast building these ideas into songs, and Matt’s endless inventiveness made each workday a genuine pleasure. His talent is a unique gift.”

Lorenz tours extensively and plans to be back on the road for a waylaid release tour for The End is New in 2021. Lorenz is also a visual artist. In the early years he designed all The Suitcase Junket album art and merchandise and made the music videos generated with his songs. He continues to create the visuals for merchandise, and to produce some of his videos, now with collaborators. He gets very excited about coffee, gardening, bees, dogs, birds, mushrooms, tinctures, making his own wine and maple sugaring season.