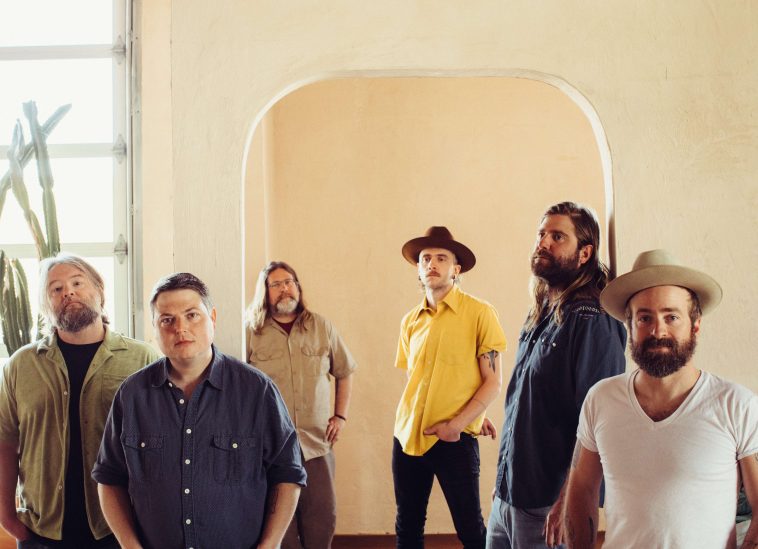 Acclaimed Minnesota sextet Trampled By Turtles has released a video for their brand-new track “Burlesque Desert Window.” The song appears on the band’s upcoming release Alpenglow, their first album since 2018’s celebrated Life Is Good On The Open Road. Alpenglow was produced by Jeff Tweedy and recorded at Wilco’s Chicago studio, The Loft.

“Burlesque Desert Window” is a buoyant ditty that kindles the imagination using playful and vivid imagery. Lead singer and songwriter Dave Simonett says, “Sometimes I just like the way words sound together. Interesting, weird phrases that fit together – I like trying to think about language as more of a visual art form than a literal one.” The lighthearted video incorporates the group’s “unofficial” mascot, the owl, which first appeared on the cover of their 2010 album Palomino. Watch the video for “Burlesque Desert Window” HERE.

Alpenglow is named after the optical event that takes places when the sun casts a reddish glow across the mountains at dawn and dusk. 10 of the 11 tracks were written by Simonett, whose introspective and literate songwriting continues to resonate deeply with Trampled By Turtles’ passionate and ever-growing fanbase.

After almost 20 years together, Trampled By Turtles has become somewhat of a cultural phenomenon. They consistently sell out major venues throughout the country with fans of all ages who sing, dance and share in the communal joy of a Trampled By Turtles experience. With Simonett (guitar), Erik Berry (mandolin), Ryan Young (fiddle), Dave Carroll (banjo), Tim Saxhaug (bass) and Eamonn McLain (cello), Trampled By Turtles operates as a rock band, only one that utilizes string instrumentation.

Trampled By Turtles recently announced a fall tour in support of Alpenglow. See a full list of dates below.