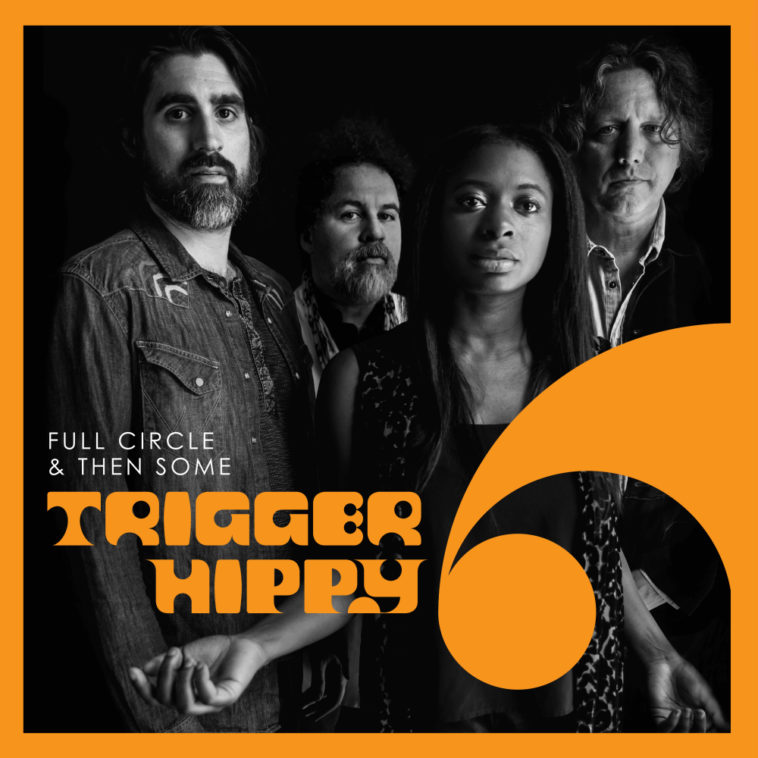 Full Circle & Then Some is the long-awaited follow up to the group’s 2014 self-titled debut, which American Songwriter gave four-stars calling it, “…one of this year’s finest Southern soul-rock releases.” Following the album cycle and ensuing tour, former bandmembers Joan Osborne and Jackie Greene returned to their established solo careers. Govrik, the band’s main songwriter, continued to write and play while also becoming a successful restauranteur. The multi-talented Gorman continued to play music while hosting his Fox Sports Radio show “Steve Gorman Sports!” (which ran for eight years) and finishing his book Hard to Handle: The Life And Death Of The Black Crowes, out this fall.

Govrik and Gorman always planned to keep Trigger Hippy going, but it wasn’t until they connected with Jurdi and newcomer Woodhouse, that everything clicked. Full Circle & Then Some finds the band building on a foundation steeped in music that grew out of the South. The unit infuses high energy doses of R&B, funk, blues, rock and gospel with a little Memphis soul and New Orleans boogie tossed into the mix. The result is both captivating and exhilarating.

Trigger Hippy flex their muscle right out of the gate on Full Circle & Then Some with the rousing “Don’t Want To Bring You Down”, featuring a lead by all three vocalists and a highly spirited refrain. The group’s eclectic sound ranges from the country soul infused “Strung Out On The Pain” to the hypnotic dance rhythm of ‘”Born To Be Blue” to Lowell George / Dr. John / Allen Toussaint stylings on  “Lost Lost Friend” and “One of Them”. Special guests on Full Circle & Then Some include harmonica virtuoso Mickey Raphael, and guitarist/mandolin player Guthrie Trapp.

With all of these styles melded into one, some might find Trigger Hippy difficult to categorize. We may need to recall a time way back, when all these influences would come together in a group and they were actually referred to as… A Rock ‘n’ Roll Band!